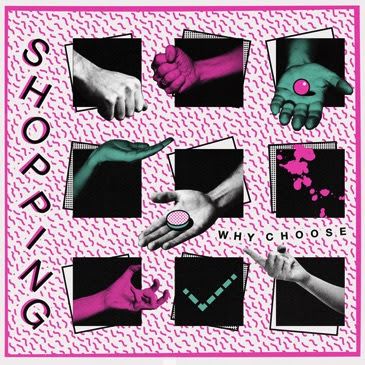 Shopping embody the spirit of experimentation, social upheaval, clashing gender politics and ethical change that defined their 70’s counterparts and still ring true today. Formed in East London in 2012 by members Rachel Aggs (guitar), Billy Easter (bass) and Andrew Milk (drums), Shopping forge an itchy, angular explosion of propulsive bass lines, primitive disco-not-disco drums and guitar lines sharp as broken glass. They draw from a well of late ’70s / early-’80s post-punk with a voraciousness seldom seen these days, bringing to mind the jagged aggression of Gang of Four, the pure, raw yelp of The Slits and the dance-inducing thrust of Delta 5, The Au Pairs and ESG. The band released their debut album Consumer Complaints in November 2103 on their own MiLK Records with FatCat giving the album it’s U.S. release this past spring.

Shopping’s Why Choose is out October 2nd on FatCat Records. Listen to debut single, “Why Wait.” The band will tour North America for the first time this fall, supporting Shannon and the Clams. 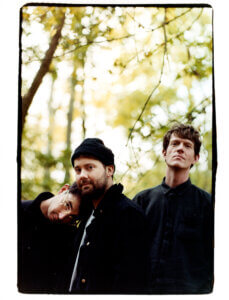