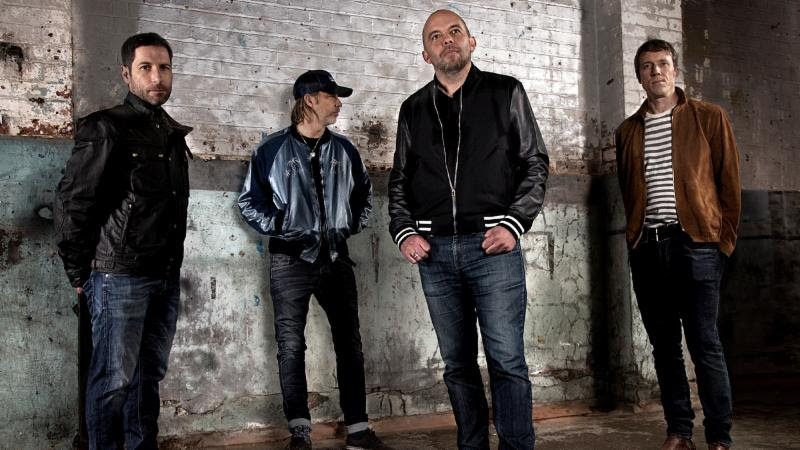 British band Ride have shared a new song called “Charm Assault,” the first new music that the group had released in 20 years. Today, they are back to share another new track. “Home Is A Feeling”

“Charm Assault” and “Home Is A Feeling” are both produced by legendary DJ, producer, and remixer Erol Alkan. “Charm Assault” sees Ride in classic form as driving drums and chiming guitar lines underpin Mark Gardener’s unmistakable vocals on this urgent and vital opening salvo from Ride’s forthcoming album. On the creation of the new song Andy Bell says: “”Charm Assault” is a pretty straightforward expression of frustration and disgust at the people who currently run our country. The tour in 2015 was a good way of reminding us what we were good at in the first place and “Charm Assault” feels like a natural continuation from our peak. When we started writing together again we tried to imagine we’d kept on making music all this time, and this was just the latest one.”

Their upcoming album, scheduled for release this summer via Wichita Recordings, sees the band reunited with label co-founders Dick Green and Mark Bowen, who they worked with during the band’s early years on Creation Records. It also brings the band back together with mixer Alan Moulder (Arctic Monkeys, Smashing Pumpkins, The Killers) who mixed their seminal 1990 album Nowhere and produced it’s follow up Going Blank Again.

After a lengthy hiatus, Ride reformed in 2014. Comprising of Andy Bell, Mark Gardener, Laurence Colbert, and Steve Queralt, the band sold out headline tours around the world to a plethora of critical acclaim, as well as show stopping turns at festivals including Coachella, Primavera and Field Day. Today, the band are also announcing that they will be playing the opening night of the BBC 6music Festival in Glasgow on 24th March, in addition to three additional European performances.