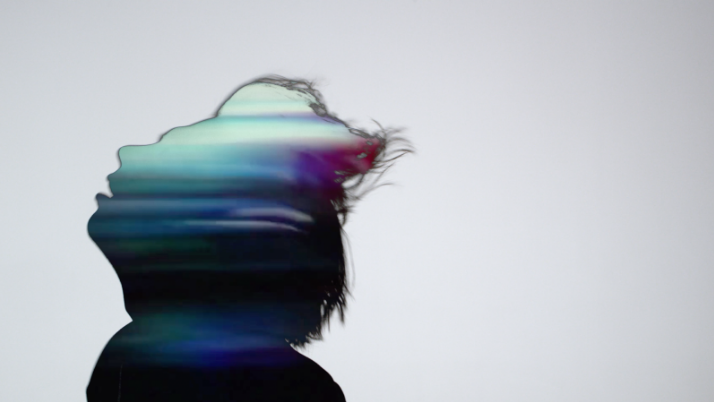 Shock Machine has premiered the video for “Open Up The Sky,” the title track from his recently-released debut EP (on House Anxiety / Marathon Artists). The video sees Shock Machine – the solo project from former Klaxons frontman James Righton – again teaming up with director Saam Farahmand and follows their previous collaboration on Shock Machine’s eponymous debut video. The “Open Up The Sky” video stars a silhouetted Righton and just like the song itself, it’s ultra-vivid and shimmering psychedelia.

The Open Up The Sky EP is a collection of pop music that embraces inspiration from decades of off-kilter greats but brings them sonically right up to date on one of 2016’s most vital debut releases. It was compared by Dazed to “artists like Paul McCartney and Todd Rundgren, artists who combined their timeless songwriting with contemporary sonic excellence.” The Open Up The Sky EP was recorded in a cabin in the south of France with the help of producer James Ford (Arctic Monkeys, Florence + The Machine, Haim) and mixed by Ben H Allen (Gnarls Barkley, Animal Collective, Deerhunter).

Released on Marathon Artists (home to Courtney Barnett, Jagwar Ma and Baaba Maal among others) and featuring artwork by Rob Carmichael (famed for his work with the likes of Animal Collective, Panda Bear and Dirty Projectors), the EP is available to buy / stream now. A Shock Machine debut album is expected later in the year.