Buddy is sharing the video for his single “Shine”.

In 2011 at age 18 Buddy tasted widespread success young, when his song “Awesome Awesome” became a viral hit. He has since spent the last five years deliberately out of the spotlight, honing his skills and working in tandem with his mentor Pharrell Williams. In the last two years, Buddy has collaborated with everyone from Compton-brethren Nipsey Hussle to Chance The Rapper, Wiz Khalifa, BJ The Chicago Kid, and A$AP Rocky. Buddy is currently signed to Skateboard P’s i am OTHER collective, and is gearing up to release his debut EP at the top of 2017.

People whose lives revolve around happiness and how to find it–clinical psychologists, Zen Buddhists, maybe your favorite teacher–will tell you it’s all about living in the moment. The past brings regret or the slow suffocation of nostalgia; the future gives us our anxieties. Buddy, the Compton-bred rapper whose first EP is due out this winter via Pharrell Williams’ i am OTHER imprint, is all about the here and now. And at this very moment.

Hip-hop is filled with harrowing stories of Compton childhoods, but Buddy’s included an important sort of escape. When the future star was only 7 years old, his parents sent him to a performing arts program at Amazing Grace Conservatory. There he starred in plays like The Wiz, Oliver With a Twist, and Dreamgirls. But before long, the school became too expensive, and Buddy withdrew. He attended another performing arts outlet–this time in Long Beach–for high school, but it “wasn’t as good,” he recalls with a chuckle.

As Buddy recounts the details of his upbringing, he paces confidently through an eclectically-finished sunroom in Venice, Calif. The house belongs to a friend, but Buddy, who recently began to frequent L.A.’s west side to reap the benefits of the beach, is clearly comfortable here–he’s on a first-name basis with a chameleon lounging in a spacious cage. Buddy moves with the careful grace of an athlete, but exudes a happy enthusiasm: he punctuates many of his sentences by pounding a closed fist into an open palm. His descriptor of choice is “cool,” where there are four or five O’s and the word trails off before the L makes an appearance.

As for appearances, Buddy made the deliberate choice to spend the last few years playing the background. Five years ago, when he was 18, he scored a breakthrough hit with the raucous “Awesome Awesome.” Buddy’s considerable talents were on display from the jump: a slippery, inimitable voice and impeccable sense of timing make every syllable, every line land with precision.

But while the early buzz and relationship with his mentor Pharrell were a blessing–Buddy credits the Neptunes legend with teaching him to rise above trends and people’s’ judgments–it didn’t make him a superstar right away. Buddy’s debut mixtape, Idle Time, featured a litany of stars (Kendrick Lamar, Miley Cyrus, Freddie Gibbs, Robin Thicke), it didn’t make the intended impact. “The first time I put out music, I was just rushing,” he admits. “The internet is so instant–everything comes out and overshadows whatever was already there.” This time around, he vows to get things right.

His latest project is the kind that should make you pause the constant whirlwind of information–the kind of record to make you live in the moment. Buddy’s expanded his already impressive singing abilities; he darts back and forth over production from Mike & Keyz, B!nk, MyGuyMars, Axel Foley and DJ Khalil, sometimes pointed, sometimes vulnerable. “I don’t think it’s something I learned,” he says of his ability to bare his soul in his vocal takes. “I’m just an emotional dude. I’m not afraid–all these dudes is trying to have no emotions and just be hella numb. That’s not me, I have feelings.” 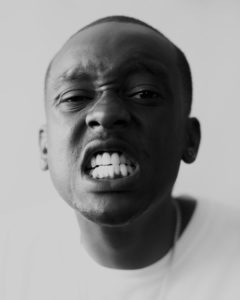