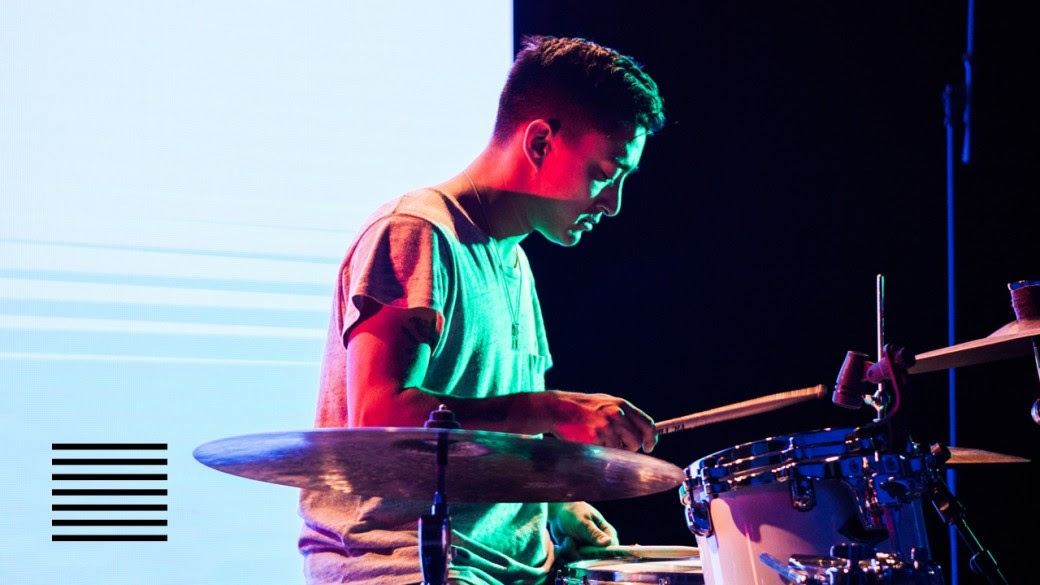 VSCO’s latest installment of Venue brings together artist and designer, Michael Cina, and Shigeto, with a performance of “Do My Thing” from Shigeto’s recent EP Intermission. This project was inspired by A Century of Artifice, a comprehensive retrospective of Cina’s artwork for Ghostly International, and by a short film of Shigeto on tour in Japan showcasing his explosive live interpretations of his own electronic productions. Aware that the two artists have consistently intersected on the packaging for Shigeto’s discography, Venue wanted to provide a space for their creative interaction to be realized in a new way. The resulting film also serves as a nod to the contributions that Ghostly International has made to progressive culture for the past 16 years. You can check out the the video below.

Cina created original paintings specifically for this project in his studio in Minneapolis, with VSCO’s Brett Carlson working alongside the artist to film the pieces being made in real time. The resulting series of films captured Cina’s custom paints and unique applications not as a work-in-progress but as beautiful works in themselves. The entire process was then transferred to the performance space via a 10’ x 10’ LED installation in collaboration with set design team, Maxrelax. The LED panel then morphed the paintings through its pixelationand color application, providing a similar interaction of where organic meets digital as is seen in Shigeto’s own live performance. The visual designer EFFIXX added another layer to the visual expression as he scored the imagery on set, developing the final accompaniment while Shigeto also found his way through several rehearsal takes of “Do My Thing” (at the time of filming, only his second chance to perform the song live).

Shot by cinematographer Jim McMillan under the direction of Omid Fatemi and edited by Matt Hollis, the performance was recorded in Chelsea at SIR Studios, one of New York’s longest running rehearsal spaces – since ’73 a place for artists ranging from the Rolling Stones to Jay-Z to prep for shows and tours. The photography feature was shot by Alex Welsh.