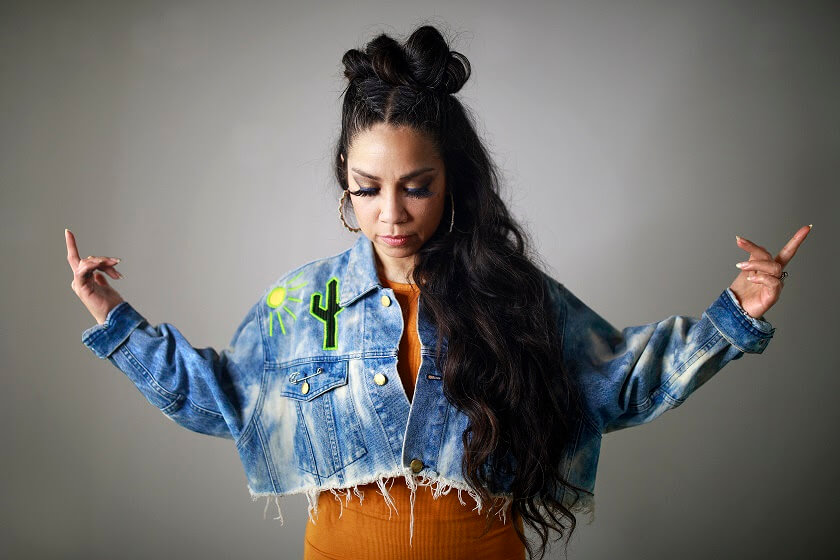 Singer/songwriter She-Rōze, has shared her new single "Mueveme"
Share on TwitterShare on PinterestShare on PocketShare on RedditShare on FacebookShare on Email

Walking between worlds has been a consistent theme for She-Rōze throughout her life. Born as Carla Antoinet Silveira, her father, who came from Santiago, Cuba, arrived in America as a refugee after Castro’s communist regime came into power. He enlisted in the U.S. Air Force during the peak of the Vietnam War draft and was stationed in the Philippines where he met her mother who was a student at Holy Angel University near Clark Air Base.

The artist, born as Carla Antoinet Silveira in Las Vegas, Nevada As a multiracial American kid living in a multitude of foreign nations, She-Rōze struggled throughout her childhood to gain a sense of identity and belonging. Furthermore, her childhood living abroad was peppered with terrorism attacks, civil unrest, military coup d’états and natural disasters. Many of these experiences and lessons learned have had an impact she continues to unpack today through her music and creative work.

She-Rōze has played a supporting role to a multitude of independent artists since the early 2000’s including her husband, Artson. Their collaborative efforts have won him several Native American music awards and over half a dozen other nominations to-date. During the pandemic she began releasing her own music. “I am not someone that’s ever been comfortable putting myself out there like that, and I would never say I love a challenge, but I can’t live with the idea of being a creative coward,” she explains.

Her debut album, We Rise, is dedicated to women everywhere but especially those in the Hip Hop and breakin’ community. It reflects her personal filter on themes of their shared experiences based on her own. “It’s like what my husband Artson says… I’ll sleep when I stop dreamin’,” she quotes.

Proceeds from the album will go to various community organizations She-Rōze partners with as well as her own women-led non-profit organization, the Shero Collective, which is dedicated to empowering the hip hop and BIPOC communities everywhere through arts & culture advocacy, mentorship and career development resources, as well as community insights and professional consulting. Learn more at SheroCollective.com.

“Together rising up. Change the world. I can see it. Want it bad enough, got to give it. be it.” – She-Rōze