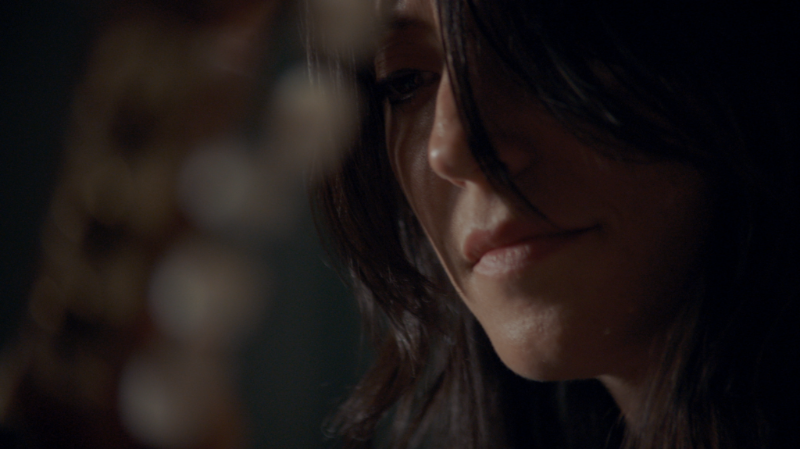 Sharon Van Etten will release (it was) because i was in love, a deluxe reissue of her debut album, because i was in love, on November 17 as a Vinyl Me Please exclusive. It will be available digitally everywhere. Recorded by Greg Weeks, who co-produced alongside Van Etten, the reissue has been remixed by Craig Silvey, remastered by Joe Lambert and includes deluxe vinyl packaging with new artwork and liner notes, as well as two bonus tracks.

Stream (it was) because i was in love in its entirety today via NPR Music and watch a performance of the song, “Keep,” in which Van Etten teams up again with the director Sean Durkin. The two initially worked together when Durkin directed the video for Are We There’s “Your Love Is Killing Me.” Van Etten comments, “Sean mentioned to me years ago that filming me live, performing, in my element, a single shot, would be intriguing to him. I was nervous about the idea then, but as we decided to reissue because I was in love and revisiting the sentiment behind the songs, a live performance of where I am today would truly be the perfect way to reintroduce people to these early songs. They still ring true to me and they still come from an honest place. I’m just older now, with more perspective, but that’s the only real difference. It became something more beautiful than I could have imagined.”

For nearly a decade, Van Etten has been treasured as an artist whose songs flow with a rare and honest vulnerability and courage. Three full-length albums since the release of because i was in love, she still imbues her songs with the naked emotion that other singer-songwriters might iron out of their recordings. She wants us to hear the humanity of her work, the imperfections that make it palpable, the longing and heartache we’ve all nursed at some point.

Van Etten has had a busy year, venturing into film and television, and most notably, motherhood, as well as guesting on numerous recent releases, including albums and songs by Spoon, Lee Ranaldo and Michael Cera. In addition to writing and performing the original score for the feature film, Strange Weather, she performed “Tarifa” on Twin Peaks: The Return, contributed the Skeeter Davis classic, “The End of the World” to the soundtrack for Amazon’s The Man In The High Castle, and made her acting debut as the character Rachel in Netflix’s The OA. Fans of The OA will recognize (it was) because i was in love’s opener, “I Wish I Knew,” as the song Rachel sings in the pivotal episode three of the first season.

Listen to Sharon Van Ettens’ (it was) because i was in love, here