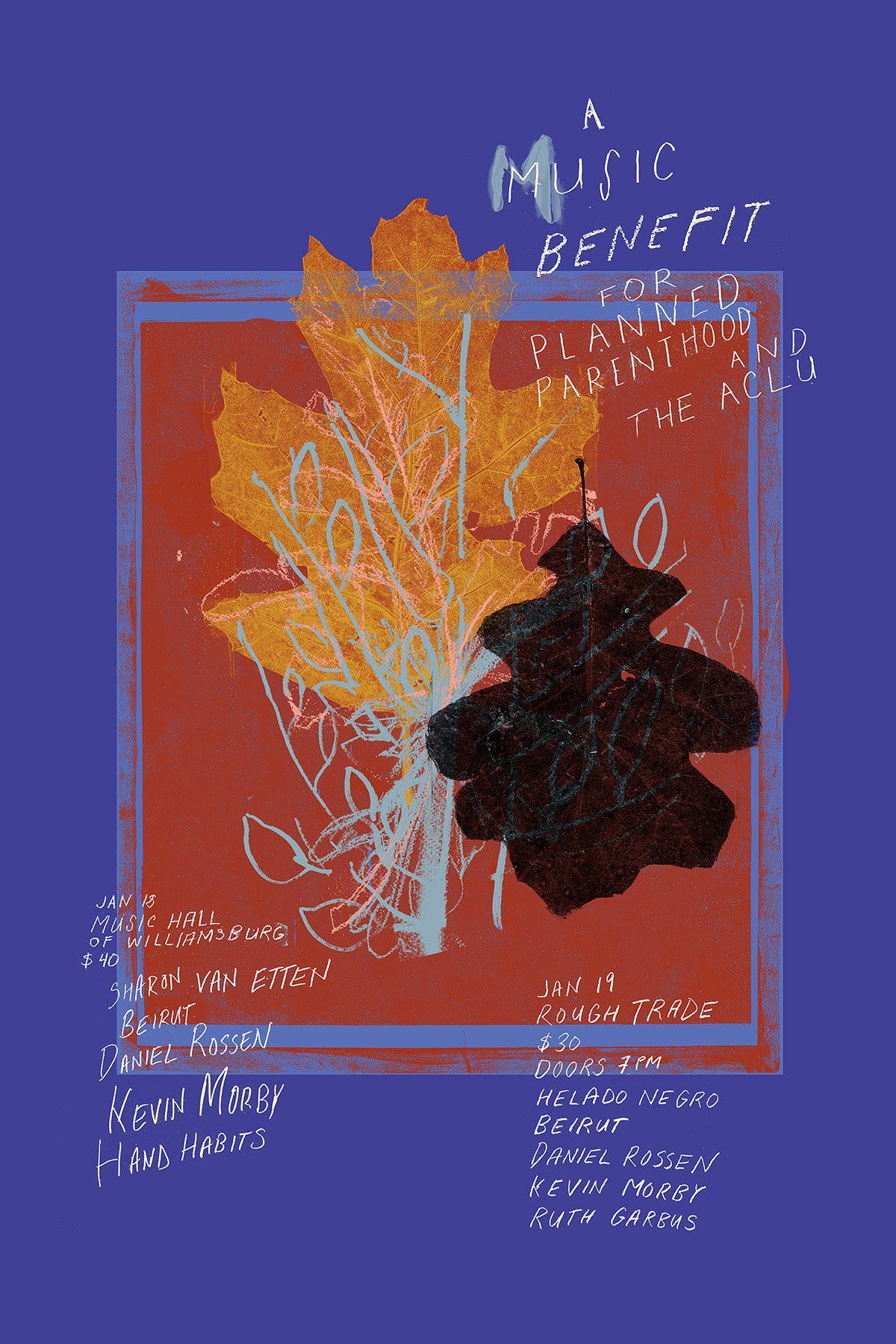 A Music Benefit for Planned Parenthood & The ACLU have been announced. The two concerts will be happening in New York on January 18th and 19th to support two charities whose important work will only become more vital in the years to come. January 18th will see Sharon Van Etten, Beirut, Daniel Rossen, Kevin Morby, and Hand Habits at Music Hall of Williamsburg, while January 19th will feature Helado Negro, Beirut, Daniel Rossen, Kevin Morby, and Ruth Garbus. 100% of the proceeds from ticket sales will be split between the two charities. Tickets go on sale Wednesday at 12pm EST.

About The ACLU:
For nearly 100 years, the ACLU has been our nation’s guardian of liberty, working in courts, legislatures, and communities to defend and preserve the individual rights and liberties that the Constitution and the laws of the United States guarantee everyone in this country. Whether it’s achieving full equality for LGBT people, establishing new privacy protections for our digital age of widespread government surveillance, ending mass incarceration, or preserving the right to vote or the right to have an abortion, the ACLU takes up the toughest civil liberties cases and issues to defend all people from government abuse and overreach. With more than 1 million members, activists, and supporters, the ACLU is a nationwide organization that fights tirelessly in all 50 states, Puerto Rico, and Washington, D.C., to safeguard everyone’s rights.