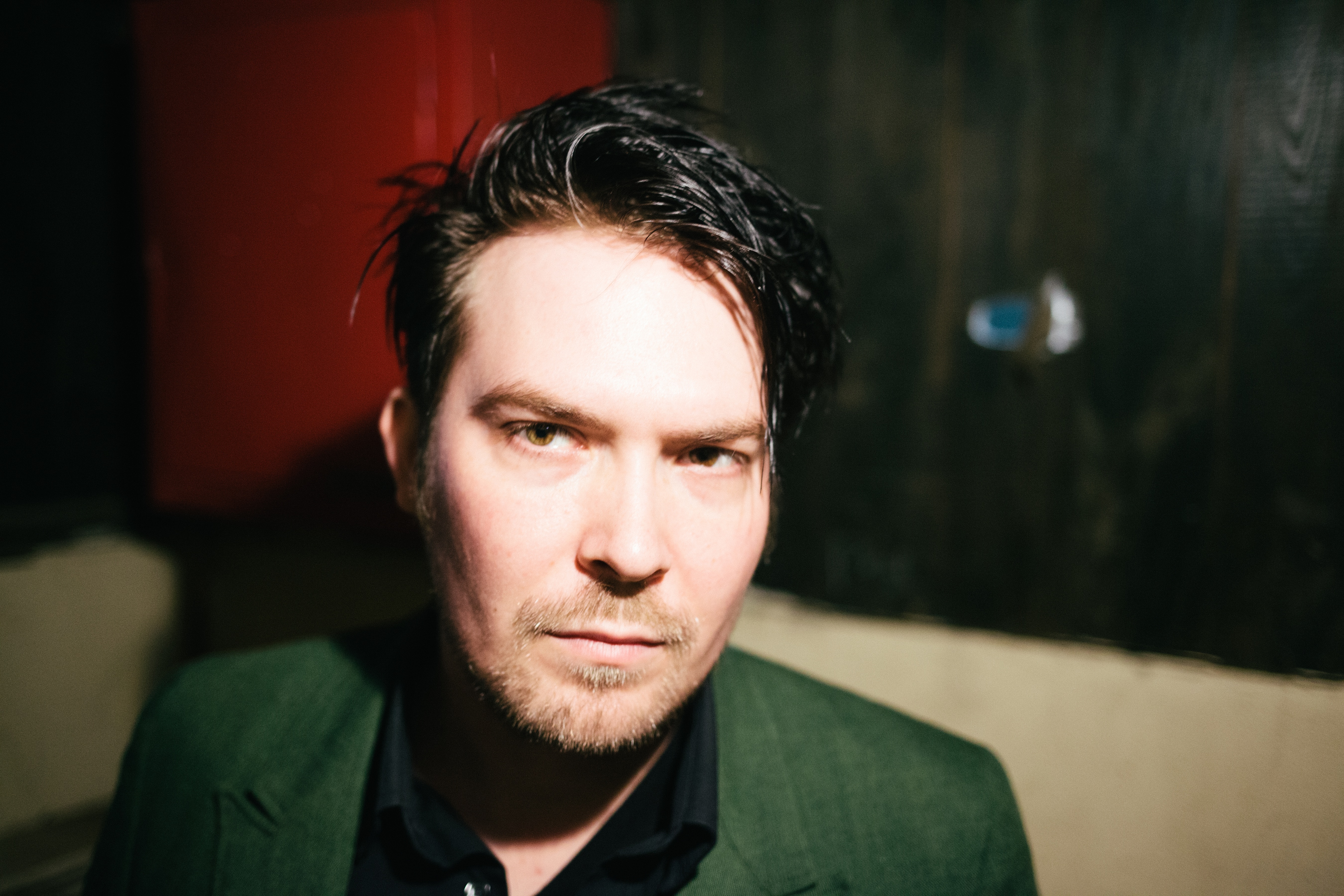 Singer/songwriter Shane Tutmarc is debuting his new single “I Know I Should Know Better.” The track is off his forthcoming release Damaged Goods.

“Shane Tutmarc is one of my favorite new voices in rock and roll.” – Wanda Jackson

Some may know Shane Tutmarc as the front man for Seattle-based indie-pop band Dolour, which featured Robin Pecknold (Fleet Foxes), or via his alt. country band Shane Tutmarc & The Traveling Mercies. While others may only know him as a co-songwriter and producer, a sort-of indie Max Martin; a go-to for artists looking to polish their song or their production.

Following the demise of Dolour and The Travel Mercies, Tutmarc released his debut solo album, Shouting At A Silent Sky, in 2009. Following the release of the album, Tutmarc decided to pack his bags and leave Seattle for the promise of Nashville in 2010, where he refined his sound, blending garage-rock, folk, blues, country, gospel, and pop to create an Americana flavor that pays homage to its predecessors, but also knows when to expand on and experiment with different influences.

Tutmarc’s refined and expanded sound came to fruition on Borrowed Trouble, his second solo offering. However, following the album’s completion, it was put on the back-burner due to an investor in the album pulling out at the eleventh hour. Not one to mope or rest, Tutmarc kept busy playing around Nashville and the Northwest, as well as producing and co-writing with other artists. Borrowed Trouble finally saw a digital release in April 2014. Once Borrowed Trouble came to light, Tutmarc set his sights on an even loftier goal: to release a single a month throughout 2015, with plans to compile the songs and then release them (with bonus tracks) as an album.

Tutmarc’s single-a-month (released through Portland, Oregon-based indie In Music We Trust), with the exception of the September release, which was put on hold due to a death at In Music We Trust. October’s single was released on time and the rest of the year went without a hitch. Then saw 2016, Tutmarc’s schedule busy with touring as a hired gun, co-writing with artists around Nashville, and several production projects.

“Damaged Goods is a band of misfits and loners. Songs that refused to conform to the given production/songwriting style du jour. But they were also songs that stubbornly refused to be forgotten, and fought to stand on their own,” comments Tutmarc on the album. “A third of these songs date back nearly a decade, a third somewhere between Shouting at a Silent Sky and Borrowed Trouble, and a third were written more recently, including the title-track, which was just committed to tape earlier this year. What connects them all is this common bond of not fitting in with the crowd, and that’s why this is my favorite album I’ve ever made.”

Tutmarc decided to title the album Damaged Goods because it sums up the fourteen songs found on the album as a whole.

“With most of my previous albums I’ve tried to reign in the variety of songs I include,” he admits. “I’m usually aiming at a theme lyrically and musically that feels like an ‘album statement.’ But that is not the case with Damaged Goods whatsoever. If I were to compare this album to anything I’ve done in the past, I think the closest would be Dolour’s third album, New Old Friends (2004). They both have a wide variety of songs that all stand on their own, and there’s no production tone or theme that any of the songs are forced to adhere to. They both feel like a killer playlist of songs on shuffle, as opposed to an album where there is a set mood that carries through the whole thing.”

Opening with the title track, a warm, vibrant pop-rock number that features strings and a gritty lead guitar riff, soon followed by the alt. country of “Tennessee Girl,” or the psychedelic-drenched “Suicide Weather,” Tutmarc isn’t joking around when he says the record skips genres and doesn’t adhere to any specific sound.

“Til Daddy Gets Paid” delivers a danceable Americana ditty, while “So Hard To Make an Easy Getaway” showcases Tutmarc’s ability to write an unforgettable pop number. “I Know I Should Know Better” is pure folk tenderness, Tutmarc’s sensitive voice and delicate guitar as sparse and delicate as can be, Tutmarc’s pop smarts turning the sweet song into a song that gets stuck in your head.

But the garage-rock of “Poison Apple” and the brit-pop influences of “I Never Said Anything” jump the energy level right back up, and album closer “Goin’ Goin’ Gone” ends the album with some have labeled as Tutmarc’s Nashville-soul style.

The album also helped point Tutmarc in a new direction with his new project, Solar Twin, an electronic and psychedelic-focused band.

“The single-a-month series was an experiment to give people a chance to follow my music in a more intimate way. But now with this expanded album release, I hope this exposes the scope of my musical output, and maybe lead folks to explore all the different directions I’ve gone over the nearly two decades I’ve been recording. There are ties to my early Dolour years with songs like ‘Suicide Weather’ or the title-track, there’s bits of the Traveling Mercies vibe with ‘The Basement in Nashville’ or ‘Til Daddy Gets Paid,’ and there are songs that foreshadowed my latest project Solar Twin, like ‘Out of the Dark’ and ‘I Never Said Anything’.”

“Out of the Dark” and “I Never Said Anything” are two of Tutmarc’s favorites on the album, as they were the biggest “left turn,” as he says, for himself on the album. “I started experimenting with more midi and electronic sounds on those songs, and they directly influenced me to start a new project, Solar Twin – which I now have a few singles out, and I’m almost done with my first full-length for.”

But, even though he’s started a new project, Tutmarc is anxious to get Damaged Goods out into the world and see how people react to it as a full-length.