SHAMIR shares video single for “Call It Off” 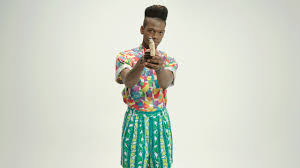 Shamir has shared his video for “Call It Off”. Directed by Philip Hodges as part of the YouTube Music Awards, the joyous music video stars both real-life and puppet Shamir and takes inspiration from his life in Las Vegas, celebrating the desert as a place where we can all be ourselves and run free.

“Call It Off” is about the transformative joy we feel when we finally get ourselves out of bummer situations – relationships, bad career moves, whatever it is. It follows the widely loved single “On The Regular” and both tracks appear on his first full-length LP titled Ratchet (released on May 18th in the UK and May 19th in North America on XL Recordings).

Philip Hodges directed the video as part of the YouTube Music Awards, a celebration of the platform as a place where new artists start their careers and connect with new fans. Hodges, who holds an office at the Jim Henson Studios, designed a puppet Shamir in an iconic American style, complete with moving eyebrows and Shamir’s hightop of dreadlocks. In Hodges’s video, human Shamir magically transforms into the puppet Shamir – an ecstatic and unselfconscious presence and an avatar of living carefree. As a special nod to his supporters, YouTube invited a young fan from Philadelphia to play a key-supporting role in the video, complete with his own puppet transformation.