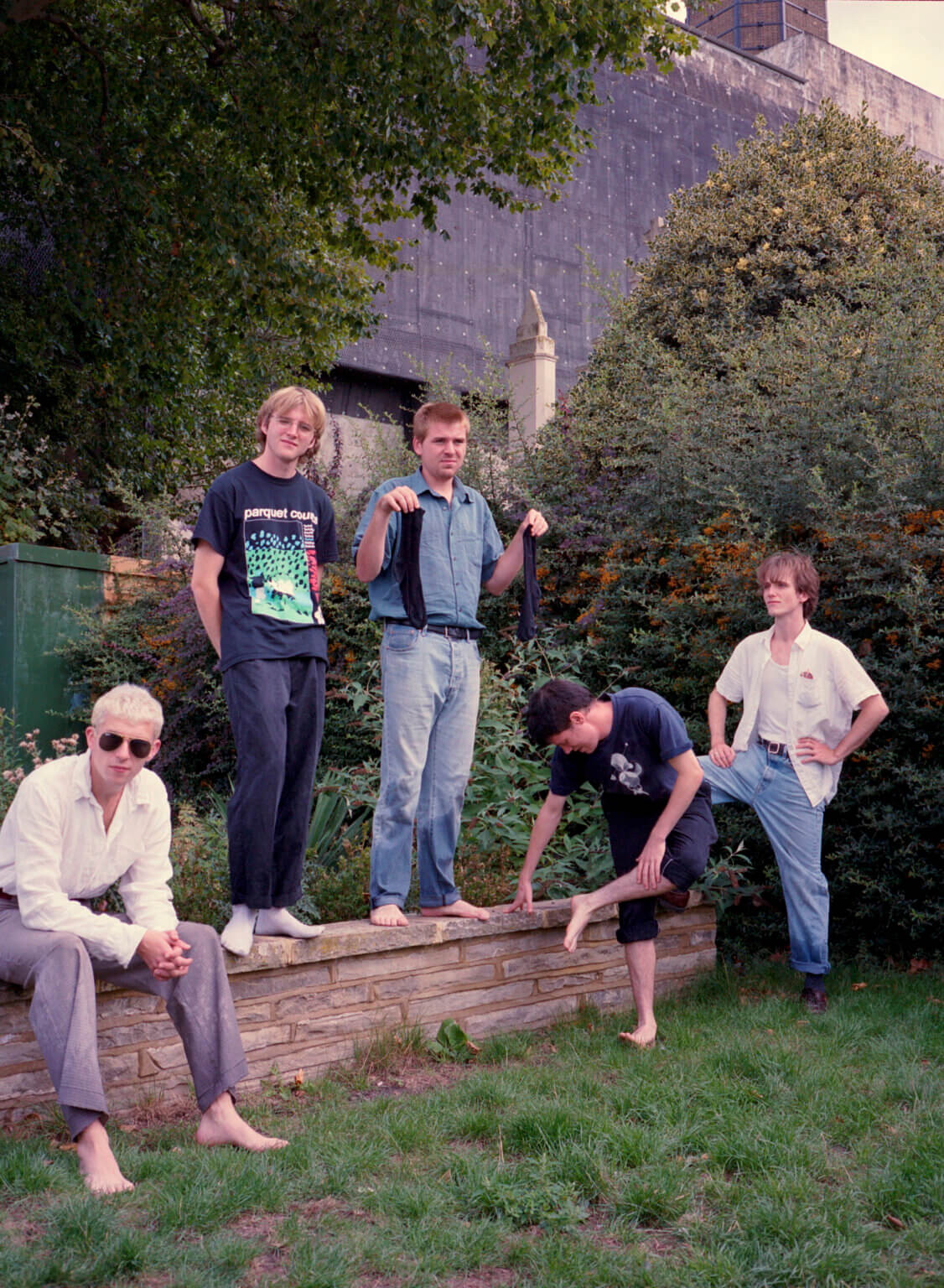 UK quintet shame have released “Nigel Hitter,” the latest single/video, off their forthcoming album, Drunk Tank Pink, available January 15th on Dead Oceans. The track follows singles “Snow Day,” “Water in the Well,” and “Alphabet.” The video for “Nigel Hitter,” directed by Maxim Kelly, repurposes archival footage from old research centres on the development of children. Using deepfake technology, the babies start to lip sync along with the song, while the band cameo as chin-stroking scientists.

“Nigel Hitter” started life as the band readjusted to a new normal back home, having spent much of their adult life on tour, something with frontman Charlie Steen spills out lyrically (“I’m burning at both ends naturally…”) throughout Drunk Tank Pink. On “Nigel Hitter,” he explains: “The song is at the heart of what Drunk Tank Pink is about. After we finished touring I was left with a lot of silence as I stumbled around trying to figure out the daily routine. On top of that, I was confronting my subconscious at night through a series of intense dreams which left me in a daze during the day. “Nigel Hitter” feels like a cathartic expression of that period.”