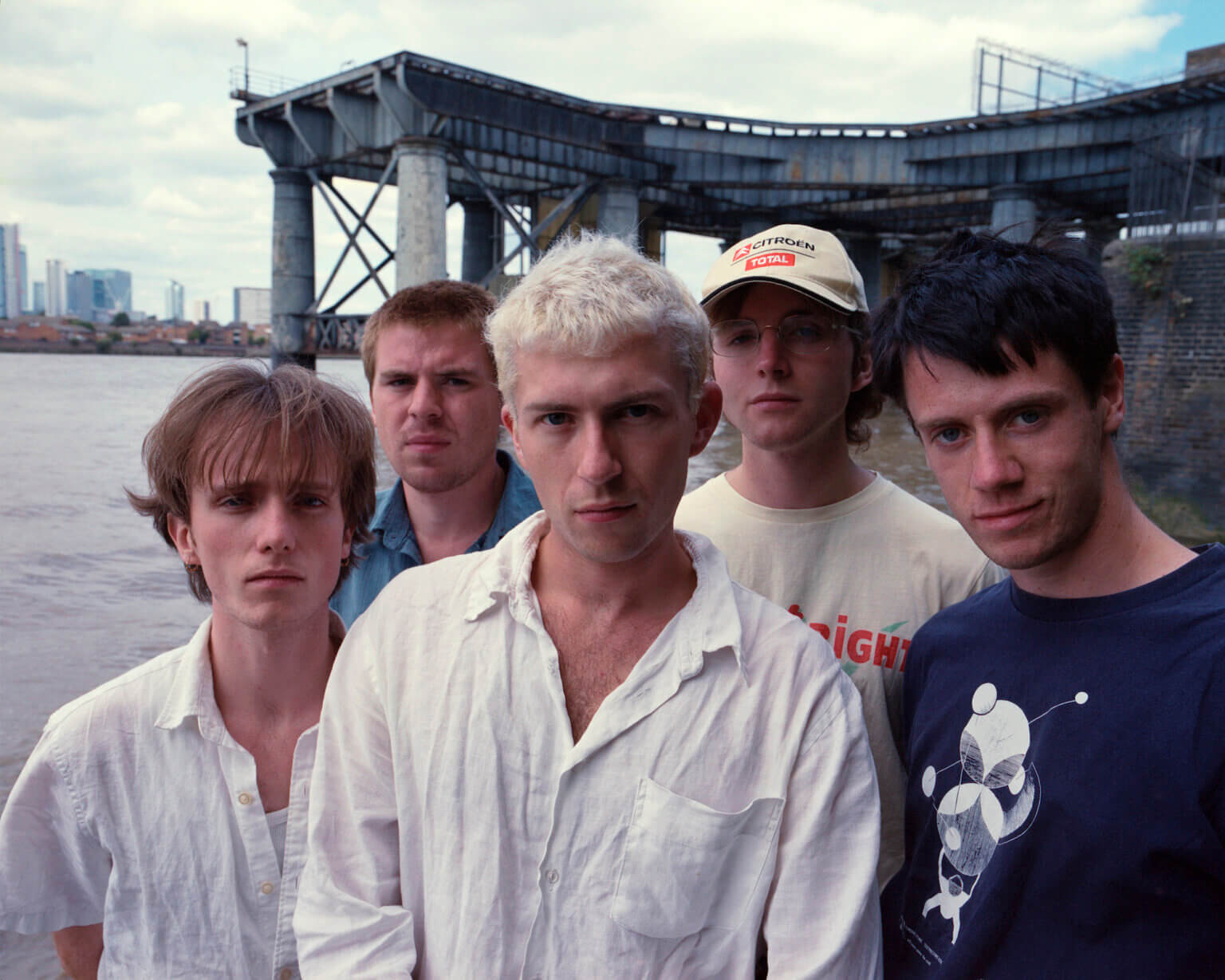 You wouldn’t know that Shame are all young lads, they definitely are old souls. The UK band sing about a lot of serious issues, with a bit of humour thrown in, once in a while. It’s a tough time to be a young artist, in this day of age. Shame are forging ahead, the band has just released their James Ford  produced album Drunk Tank Pink, a definite departure and more progressive sounding LP, than their previous release Songs Of Praise. The band are hoping to get back on the road soon. Shame vocalist Charlie Steen was kind enough to answer a few questions via email.

Northern Transmissions: Thanks for taking the time to do these. It’s been a bit of a tough time in England, with Covid, Brexit, and even the recent discussions of the UK School meal programs. How are you guys keeping things together mentally?

Charlie Steen: There’s a lot of struggle at the moment in everyone’s lives and being in a band is no exception. I think we’re all trying to do what ever keeps us sane, and a lot of that revolves around writing music. With the release of this record we’ve been fortunate to be kept very busy but in our personal lives I think we each just try and get a routine going, whether that’s walking, cycling or making sure to have a shower each day haha.

NT: The songwriting style and sound of the new album are a definite departure from the band’s previous release Songs of Praise. Was this a conscious decision from the onset, or did things take shape during the writing process?

CS: Things just took shape during the writing, I think everyone was a lot more confident with their instruments and what they wanted to achieve, which came quite naturally after a few years of touring and performing. We saw it and just a progression and we were all proud with the songs we were shaping. We didn’t want to make a carbon copy of songs or praise but I don’t think that would have even been possible.

NT: What is with all the band conflicts between English bands. Before we had Oasis vs Blur, lately Sleaford Mods and IDLES have been at it?

CS: Haha, I’m not sure. Too much rainy weather maybe.

NT: Can you tell our North American readers about Gobby Groups, what bands fall under this category?

CS: I’ve never heard of that before? To gob is to spit so maybe that goes back to the punk days of fans spitting at bands like The Damned whilst they performed but fuck knows haha.

NT: You said recently you were “tourists in your own adolescence.” Can you tell us about it?

CS: Well we had the usual experiences of your late teens and very early twenties (relationships, break ups, etc..) but combined with the fast paced rhythm of touring it seemed like we were quite detached from it as well. We were away from friends and family for long periods of time and whilst everyone was getting jobs/ finishing uni we were on the road so coming back home always felt a bit strange.

NT: I’ve never made an album before, but for me it would probably be agonizing. You are really putting it all out there. What do the days, right before release feel like?

CS: Days before the release are fucking excruciating haha, real nervous. Especially combined with the frustration of not being able to play any shows at the moment. But when it comes out it feels like a great release, worth all the struggle.

CS: I really like station wagon, it just sounds quite different to anything we’ve done before and was really fun to record and perform.

NT: Finally, and thanks again. Some words of wisdom for your fans and our readers.