Shame and The New Era of Rock Stars 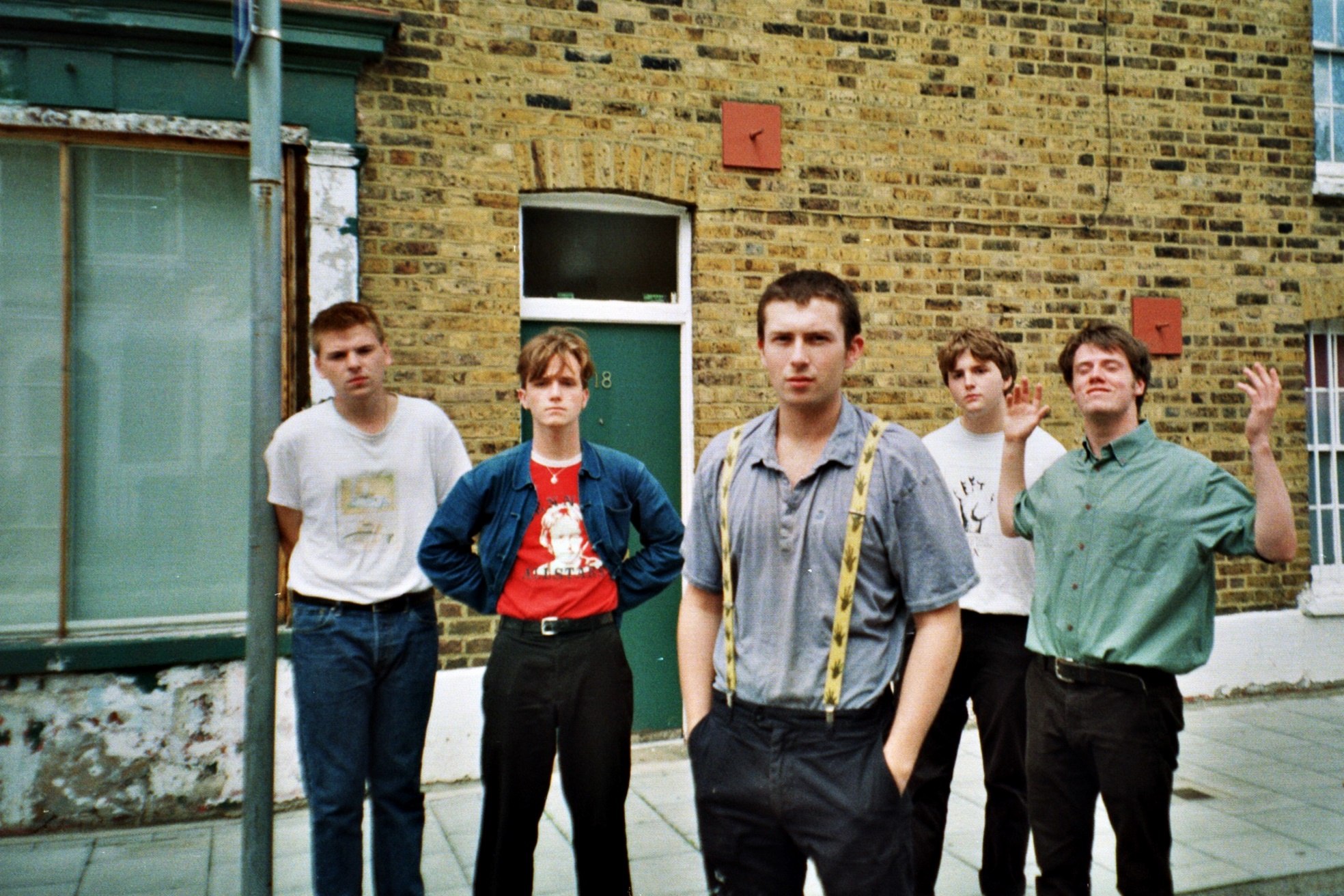 While rock n’ roll isn’t dead, the age of the drug-fuelled, chaotic rock star definitely is, and that’s ok. After a very short time making music together, London’s Shame quickly went from practicing to gigging to headlining their own shows. Thanks to some helpful connections and choice meetings the band found themselves touring and putting out their debut quicker than most bands even get any of those things done. We caught up Eddie Green ahead of Shame’s upcoming tour to talk about their new record, ending the rock star persona and why they’re tired of being called a political band.

Northern Transmissions: How do you feel like your local scene in London shaped you as a band, considering you were using Fat White Family’s equipment and playing with hosts of small London bands at the start?

Eddie Green: When we started playing pubs at 16 and 17, we were exposed to things we shouldn’t be exposed to, and we associated ourselves with some perfect bands from past and present. It was quite motivating to see what they’d done with their lives, and it motivated us to do the same. The fact that we were allowed to practice at The Queen’s Head for free is something that very few bands are lucky enough to have, and even that’s becoming harder to find.

NT: You’d rocketed faster than a lot of bands to a headlining show, why do you think this was and what made you decide to take longer to put out your debut alternatively?

EG: Before we started, we didn’t have a lot of equipment so recording was really just out of the question. We started doing gigs around the area almost as soon as we started playing really. It took a while for us to discover our sound, and then our recorded sound. We took so long to put out the record because we wanted to produce it in the right way. It took a lot of time putting out singles with producers to find the right fit.

NT: How did Dan Foat & Nathan Boddy get involved with the record and how did they shape your album?

EG: We got in touch through one of our publishers, who’d gotten us as one of their first records on the label. It goes back to what we said about finding the right producer, where some people made us sound scrappy in the studio because we were a guitar band. Their approach however was to do it in a regimented way with a metronome. That allowed us to do so much with it in post-production and we loved that freedom because we’re perfectionists. Because of that, they were the perfect people to do the album with. It also makes it far easier to turn the album into a coherent article, even if the song’s are different in character.

NT: How did you end up on tour with Warpaint and what was your biggest takeaway from touring with them?

EG: That tour came about because we were all on the lineup for Pitchfork Paris in 2016. They saw us playing there and were obviously really on board. So when they came to do a U.K. tour, they offered it to us. Warpaint are a band we’ve admired for 10 years, they’re just great. It was great too, because the kind of people that go to Warpaint shows are often music buffs and veterans that have been around the gig circuit for years. That gave us so much as a band in the long-run.

NT: You’ve talked a lot about shattering the archetype of these old drug-fuelled rock bands, so what attracts you guys to do things like swing from chandeliers?

EG: The idea of being a rock star is crazy, and anyone trying to carry that out now is faking it. The industry is so different from what it was back in the day, where people could afford to act like that and people wouldn’t bat an eye if someone in a band acted like a complete asshole. There’s just no place or need for it today. As for the chandelier, any damage incurred by Shame has been paid for. (laughs) I don’t think you have to act like a rock star to project a live and exciting performance to the audience. There has to be a separation too between your on-stage and off-stage personas as well.

NT: Despite your rare political song or two, you’ve been labelled a political band, why do you think this is, and what importance do you see songs like ‘Visa Vulture’ playing to the broader conversation?

EG: I don’t agree with the label, but I certainly see where people get the idea. We’re living in a time of such innocuous music, that something outspoken is framed as political. I don’t think it’s accurate to say we’re a political band. But a lot of our writing is based around social issues so inevitably it will fall back to politics. It can be tedious having people treat you as a polical band, but we’re politically aware so I don’t blame anyone.