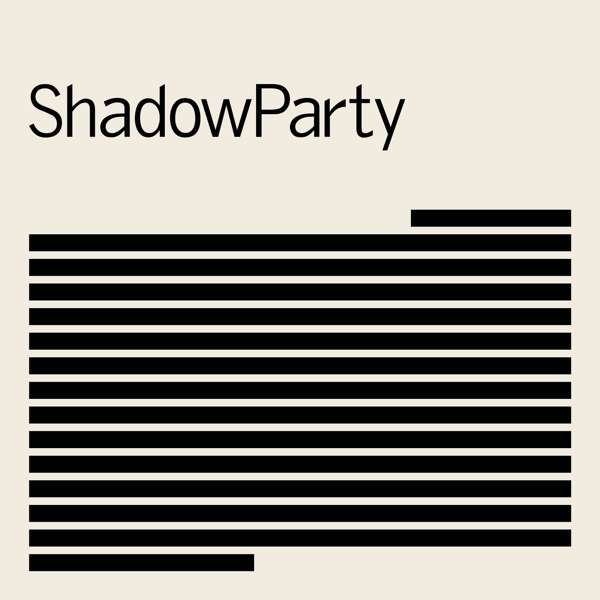 When you hear that members of New Order and DEVO have united for a new musical venture, your ears are bound to prick up and the level of expectation takes a sharp ascent. Forming in 2014, Josh Hager and Jeff Friedl of DEVO and Tom Chapman and Phil Cunningham of New Order combined their efforts to become ShadowParty. From the off the quartet clicked over shared influences “We got on straight away because we had a lot in common, a lot of similar records in our collections – Kraftwerk, early 80s punk bands, electro, Joy Division,” says Chapman. “And Josh had one of the DEVO plant pot hats in his studio.” It wasn’t just the four piece in the studio forging the outfit’s self-titled debut either, peers from The Verve, Elbow and A Certain Ratio swung by for a record that’s rich in collaboration.

Interestingly for a record birthed from a collective love of electronica, punk and post-punk ‘ShadowParty’ begins with the overwhelmingly optimistic and Coldplay-like ‘Celebrate’; the mechanic buzz of danceable beats and razor-sharp guitars come later of course. It’s not so much a false-start but definitely a double take moment, the album’s opener is something of a misstep. The same can be said for the T-Rex-esque ‘Truth’, piercing through an intro of digital burbles, a riff kicks in like Bolan’s ‘Get It On’ but with less sass. Again, it seems out of context compared to the rest of the album. Coupled with the previous track, ‘Even So’, a slow burning orchestral dreamscape that sounds more like an album closer than one that should crop up in the middle of a record, ‘ShadowParty’s pacing sometimes feels like it’s struggling through the gears.

When the DEVO/New Order ensemble let their influences flow, their debut LP sounds more like a rehashing of a bygone time, rather than a revitalised offering for 2018. This isn’t to say when ‘ShadowParty’ starts to invoke the hedonism of the Hacienda, like on the pulsing ‘Present Tense’ or ‘Vowel Moment’s choppy indie disco, it’s not got its appeal. In its execution, the album sounds like a record that never had its moment back in the day, perhaps eclipsed by its more notable peers and has been unearthed as a long-lost rough gem to have its moment of recognition.

If ‘ShadowParty’ means a new generation are introduced to DEVO, New Order, Joy Division and Kraftwerk, then this album can only be a good thing.