“Shadow In The Sunset” Sharks In The Deep End

“Most of the songs that make up the record, ‘Shadows In The Sunset’ especially, attempt to deal with how the passage of time affects a relationship and this one poses the question of whether or not it should,” lead singer Tucker Jameson explains. “Does the feeling of time passing force you to action? Do people you meet along the way make you feel time differently? Does the realization that the time you’ve already spent down a certain path make you stop and assess or continue forward? Essentially, how much power should we give time to dictate our choices?”

Mixed by Mark Needham (The Killers, Pete Yorn) Killin’ Machine is a collection of POP art at its best, exploring notions of discovery, self-introspection and the passage of time.

Leaving behind their obligations in Texas, SHARKS IN THE DEEP END–Tucker Jameson (Vocals, Guitar), Clayton Lillard (Perc., Keys, Aux), Chris Konte (Keys, Synth), Matt Shearon (Drums), Sam Thompson (lead guitar) and Henry Schuler (Bass)–began the writing process for Killin’ Machine holed up in a garage in Jameson’s home-state of Connecticut. For a month they worked alongside producer Dan Drohan (whose credits include Ang Low and indie darling Wilsen), to conceive the songs that would come to fill the binary code of their debut release.

The songs were recorded at DeGraw Sound in Brooklyn before finishing up at Public Hi-Fi in Austin, a studio owned by Jim Eno of Spoon. “This was an experimental and eye opening experience,” Jameson recalls, who counts David Bowie, Talking Heads, Sam Cooke, and The Smiths, among his primary influences. “The approach was totally new to us and I think resulted in a sound deeper and more layered.”

1. Love In Reverse
2. Shadows In The Sunset
3. Make It With Me
4. Cherry Blossom
5. Crash Test Doll
6. How Many Reasons
7. Killin’ Machine
8. Loveyoutoo
9. Your Heart Is Changing 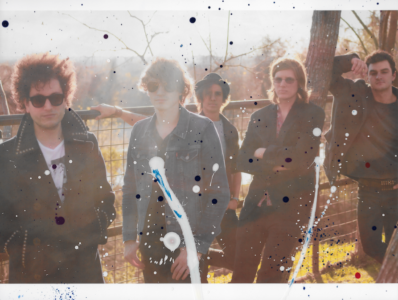