Lese Majesty, the upcoming album from Shabazz Palaces is set for release on 28th July In Europe and 29th July in North America via Sub Pop. This will a follow-up to their debut album Black Up, released in 2011. Available for preorder through a variety of different avenues, fans have the opportunity to avail the limited edition “Loser” version on purple vinyl, which comes with a 7″ of the non-album exclusive “The Palace Slide” (with that track’s instrumental on the B-side). Listen to “They Come In Gold” from the album, above.

Lese Majesty, the 18 track album has been described as a “sonic mythmap of new black wave and ghetto psychedelics.” The album features Shabazz Palaces members Palaceer Lazaro and Tendai Maraire alongside Black Constellation collaborators THEESatisfaction’s Catherine Harris-White, Erik Blood and Thadillac. The album was produced by Shabazz Palaces and mixed by Blood at Protect and Exalt Labs in Seattle, Washington.

Along with the release of their new album, Shabazz Palaces have a few lives dates coming up in Europe and North America, the details of which can be found below.

7. “The Ballad of Lt. Major Winnings” 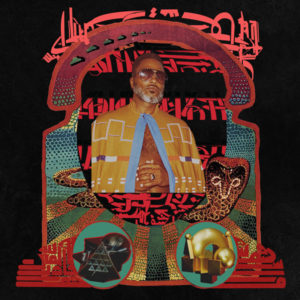