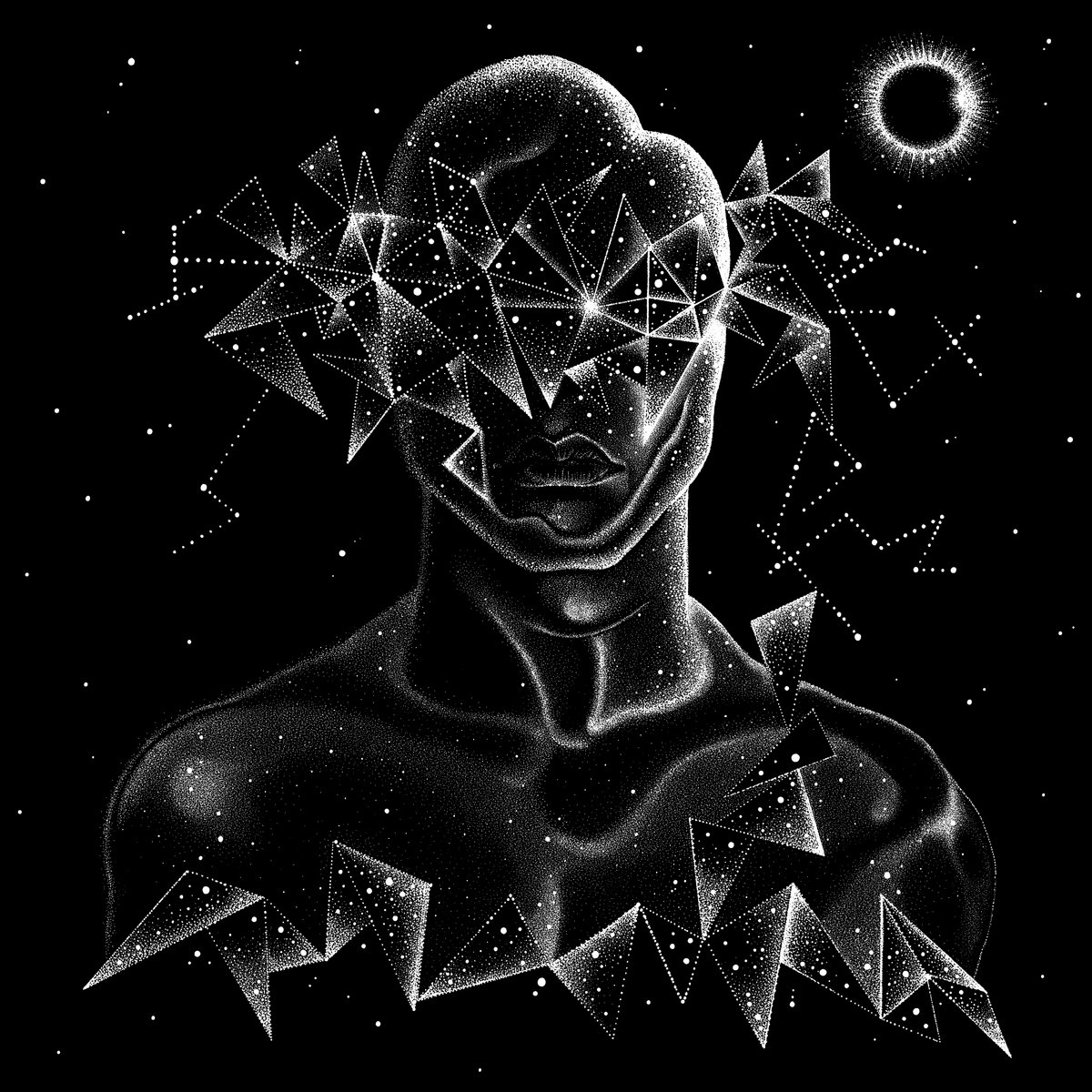 Quazarz: Born On a Gangster Star

Surprising a lot of people when they announced their third and fourth album were coming out on the same day, Shabazz Palaces set themselves up for high expectations. Driving on a strange but really groove driven hip hop, this third record works a lot more often than it doesn’t as they move on solid hip hop complemented by weird production rather than the other way around.

“Since C.A.Y.A.” opens the album on a glitch-filled, trippy track that blends its weird production and composition with a pop core. The sludgy vocals mixed with the light funk touches make for a quirky song that survives on its structure. Rumbling on a echo-laden beat and a dirty bass line, “When Cats Claw” has a lot going on in its sound. Despite a lot of fun in the main hook and drive, it does feel a little samey going on and on to sustain the whole track.

The glorious opening strings of “Shine A Light” is instantly addictive, making a beautiful base for Thaddillac to sing on through the distorted filter. A production marvel, made better by the weird production on a pop track makes it a joy to listen to. On a deep bass groove, “Dèesse Du Sang” lowers in the ominous synth lines that fill the track. The interlude track while a little slow, is a fun sonic journey with just enough of a pop-drive in its writing to make it work.

Mixing the lyrical sensibility of INXS’ “Mediate” and the bet soul of their track “Guns In The Sky” there’s a strange mix of ideas going on in this track, even if they weren’t pulling from the Aussie rockers. The moody synths mixed with the sultry vocal delivery of Loud Eyes Lou gives the whole track a uniquely suave feel while just being a little anxious. “Parallax” moves from a floating synth romp to an intensely jazz-fueled rap track. On abrasive lines the bass is rumbling and drums shuffling as they truly make some very progressive and smart hip hop working with Palaceer Lazaro.

“Fine Ass Hairdresser” moves on its stop and start beats, along with an excitingly shrieking hook that make its vocals an interesting focus. Verses fit so much into the weird meter of the track, and the chorus has a weird uncertainty to its calm composure that it seems almost tongue in cheek at times. A little too much of the wrong things, “The Neurochem Mixalogue” goes from an extremely overdone hip hop intro to an abrasively warped second half, that makes for a track that never feels right.

Through a growling bass and a delicious synth line, “That’s How City Life Goes” crafts a feeling of place in its sound-shaping. Feeling truly like a score with visual elements, its second half moves to a driving, Ray Charles influenced track. “Moon Whip Quäz” is one of the most fun and interesting pop tracks on the record, moving through its fat synth line and catchy groove. Along with some help from Darrius, they craft a perfect hook and mess around with tone and atmosphere to create a really fun and exciting track that plays with its repetition in a fun way.

Moving back to some subdued beats, “Federalist Papers” ends the first of two records on a hopeful but dark sound, as vocals and synth ring of into the echo of the night.