Sex Hands were formed by three childhood friends from the North Wales coast. After relocating to Manchester, Alex, Dylan and Edwin played their first show in 2011 on the Comfortable on a Tightrope stage at SFTOC, Salford. A month later Joe Logan of Waiters was recruited for his sweet bassy licks and amazing posture. From then on the band has been on a rock ‘n’ roll whirlwind, playing shows with the likes of Trumans Water one night and The Babies the next.

After their previous releases which include a split 7″ with Daily Life (on the Icecapades label, which features artwork by Sex Hands’ own Alex Humphreys and Manchester artist Lucy Jones) as well as the self released mini album, Season One (Giant Hell), this is Sex Hands proper-real-life-hi-fi-fully-rockin’-full-length record on Faux Discx/Negative Space.

With artwork by Manchester based artist Mike Redmond that compliments the band’s rough around the edges, scorched pop rock, PLEH is 13 tracks of non-stop melody mashed fun time hug and roll hits.

Influences include The Clean, Pixies and Weezer. Sex Hands are not a garage pop band, they have never practiced in a garage. They never practice. 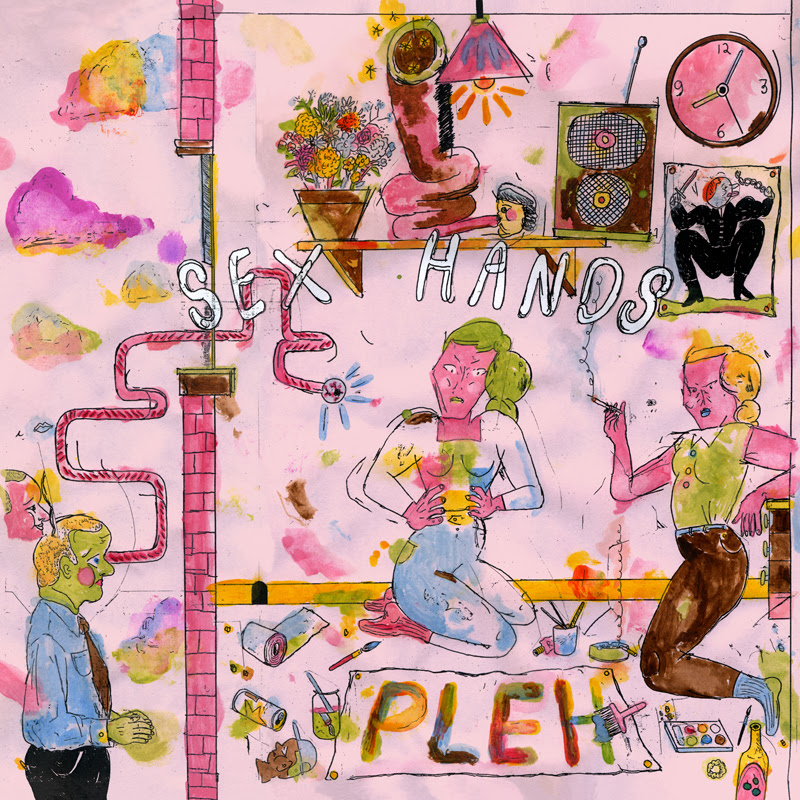