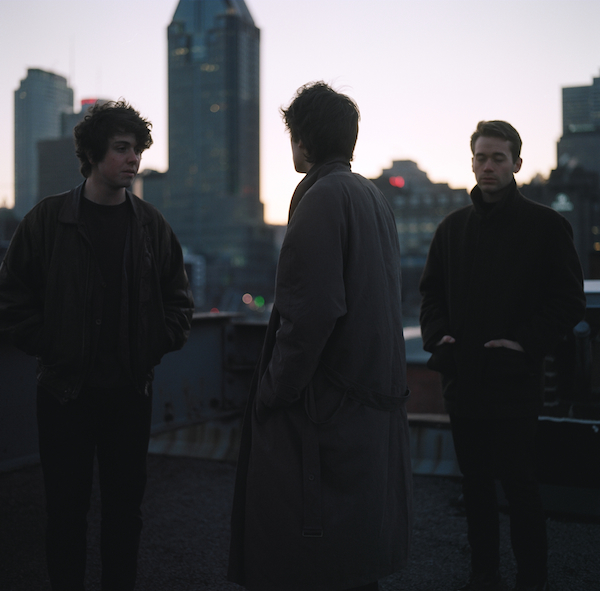 Seoul has debuted their New single “Real June” from their forthcoming release I Become A Shade, due for release June 9th via Last Gang Records/Grand Jury.

Childhood friends Nigel Ward and Julian Flavin, and art school transplant Dexter Garcia remained resolute in creating songs that would eventually turn into their their debut album I Become A Shade.

“We’re just very intent on trying to get our musical ideas to exist as the definitive versions of themselves,” says Ward. “Granted, each idea has limits, but it’s a question of discovering the borders of an idea and then putting its essence on display — so much of that has to do with the slow sculptural nature of studio work. Playing around in a studio invites elements of chance, collage, and trial-and-error into the process, which feels essential to having a song really reveal itself to you. Its a process of organizing our intuitions into cohesive moments and seeing where it takes us.”

“It’s rare that a song doesn’t change hands quite a few times prior to us finishing it,” says Garcia. “And most of this elaboration on an idea is done rotating through a computer and reacting to each other’s contributions in relation to the direction things are going in.”

“We’re interested in presenting different versions of the self, the endless shift from self-loathing and loneliness to vibrancy and connectedness and back,” says Flavin. “All states are valid, and we’ve tried to collect and display the beauty and necessity of both spectrums of experience — how it can feel both awful and cathartic to liquify into your surrounding and disappear.”