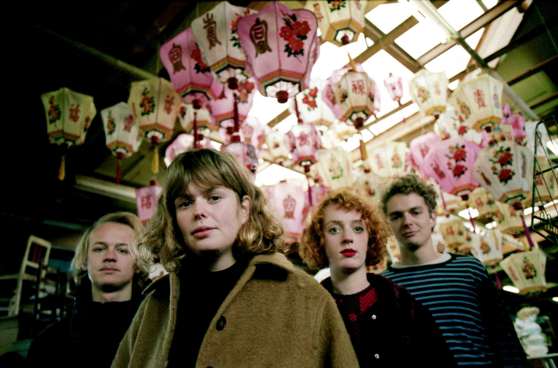 Dutch quartet Pip Blom, recently released a limited edition, deluxe version of their debut album Boat, comprising of a newly-arranged LP with an alternate cover and two 7” singles – all arriving on pastel-colored vinyl via Heavenly Recordings. To coincide, the band have shared new song “Sell By Date”, taken from one of the 7”s. Recently, the band were featured on Tim Burgess’ Twitter ‘Listening Party’, where members of the band will joined Tim online to listen and discuss the record.

Following its release, the band played three storming sets across Glastonbury Festival, with performances at the likes of Y Not, Truck and Reading & Leeds festivals soon following. They also played a number of UK, EU and US dates in the autumn, including a sell-out show at London’s Scala. Pip Blom are: Pip Blom (vocals, guitar), Tender Blom (vocals, guitar), Darek Mercks (bass), Gini Cameron (drums)