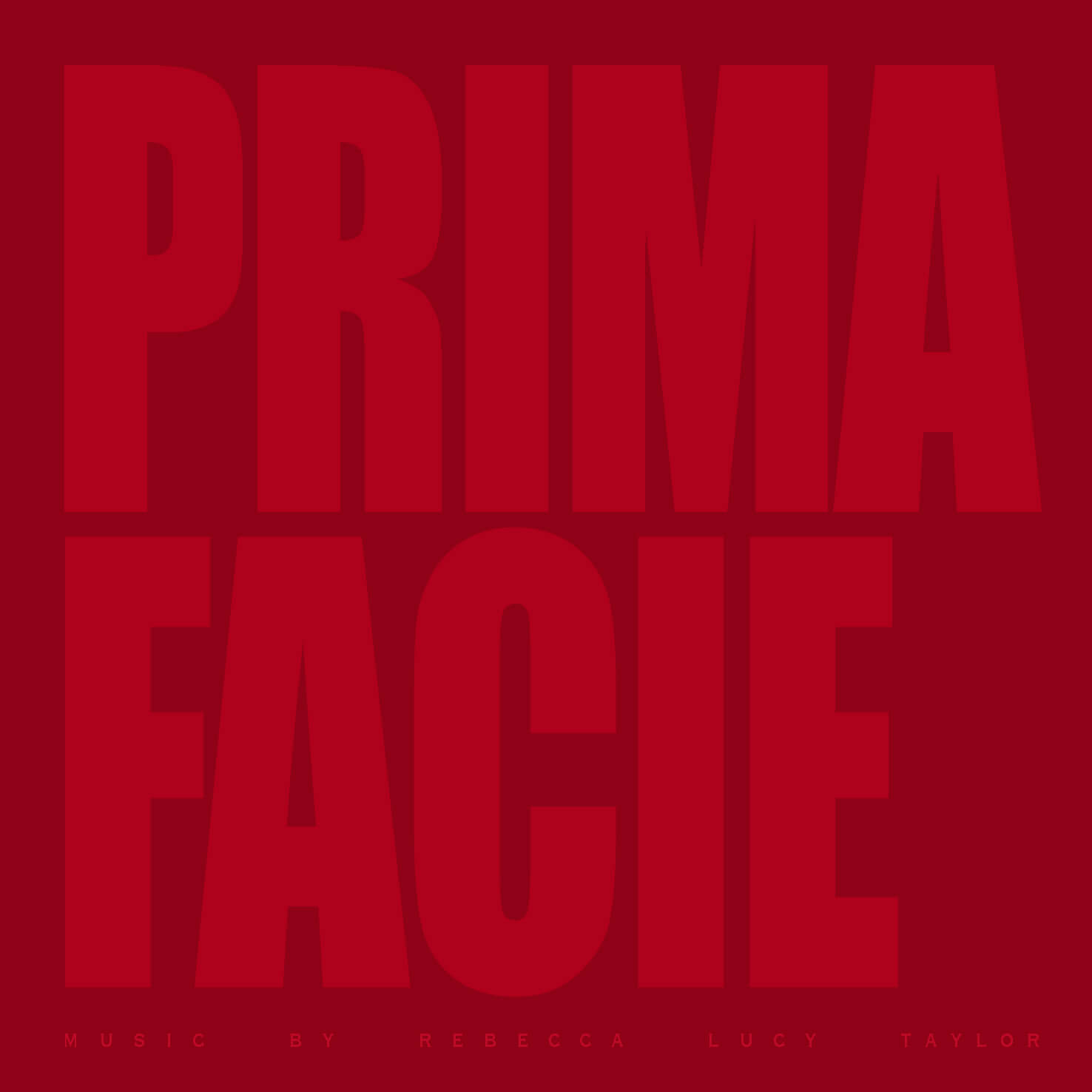 On the first of many instantly relatable songs Rebecca Lucy Taylor wrote for her second album, Prioritise Pleasure, she sings: “No, not me / I won’t rein in my need to be completely free.” At the end of Prima Facie, the soundtrack for the play she composed herself, the lines are reprised in the bubbling, eventually glorious “1 in 3 (I’m Fine),” capping off yet another meaningful, well-crafted endeavor from the emotionally omnipresent Self Esteem.

Starring Jodie Comer, Prima Facie ran in London from April 15th to June 18th, before being picked up by Broadway to premiere in 2023. The one-woman show sees Comer playing Tessa, a young lawyer who eventually faces an assault by a colleague in an emotionally demanding performance. Enlisting Self Esteem, whose previous albums are filled with raw, human emotion, seemed like the only choice for the composition.

The hodge-podge (in a good way) production style present on Compliments Please is brought back here, particularly on tracks like “Cross Examination” where hand-claps reign, “Chambers,” filled with breaths, the dog-like pants on “Day Through,” or the largely a capella “The Process.” Even the pitched-down vocal effect on her debut album’s “On The Edge Of Another One” makes a reappearance on “Perfect 2 Me” and its reprise.

Some tracks rely on subtle unsettledness, whereas the bass on tracks such as “How Dare You” wobble around her voice, increasing in intensity. “The Winner,” too, starts slow and expands into a harsh wall of sound and vocal chops, similar to her previous singles “Prioritise Pleasure” and “Moody.”

Of course, because it is a soundtrack — to a play instead of a movie, no less — there isn’t much to hold onto; not many hooky melodies or insightful lyrics present on her previous albums. “Perfect 2 Me,” though, a guitar-tinged love song, features the clever lyricism she’s known for. “I am honored by these moments / When the makeup leaves no trace,” she wrote, over the welcome breezy beat surrounded by other intense songs. “To See From Here,” also, explores a lightness with its hopeful piano notes.

It’s a treat to see the emotions written about so cleverly on her studio albums translate to a soundtrack to a bigger, more dynamic performance in theater. If anything, it suggests that Taylor’s plans for how music can sound and take shape is much bigger than anything we — or many other recording artists — imagine.