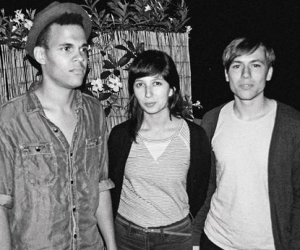 Selebrities are a Brooklyn-based three piece, known for their signature brand of new wave romantic pop. With material that’s woven around themes of emotional intimacy, overcoming obstacles, urban living and sexuality. Its members met while attending art school in Florida, and after relocating to New York, founded Selebrities to serve as an outlet for the music they were writing at home. Following early attention in 2010 for track, “Secret Garden,” they were contacted by Cascine who immediately released their first EP, Ladies Man Effect, to much critical success. Since then, Selebrities and Cascine have released one album and several singles. Lovely Things, due out June 25th, 2013, will be their second proper album.