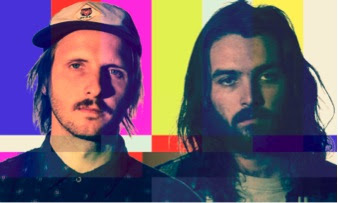 LA-based slacker punk duo Sego, debuted last year with EP Wicket Youth via the French taste-maker label Kitsune. Now the band have signed to Dine Alone Records with plans to release a 7 track EP, Long Long Way From The Fringe this September. Today, the band premiered the first track from the forthcoming EP, “The Fringe.”

Sego has been compared to DFA’s or LCD Soundsystem, though the Utah born duo play everything live with a penchant for classic instrumentation, perhaps more reminiscent of Mellow Gold era Beck or Pavement. Their stream of consciousness lyrical style often muses on the mundane in life- using word play, witticisms and slacker criticisms of the world they see around them.

Long Long Way From The Fringe was recorded in large part in the band’s Chinatown warehouse space that operates as recording studio, living quarters, underground party space and art studio. The EP will be released on September 11th.