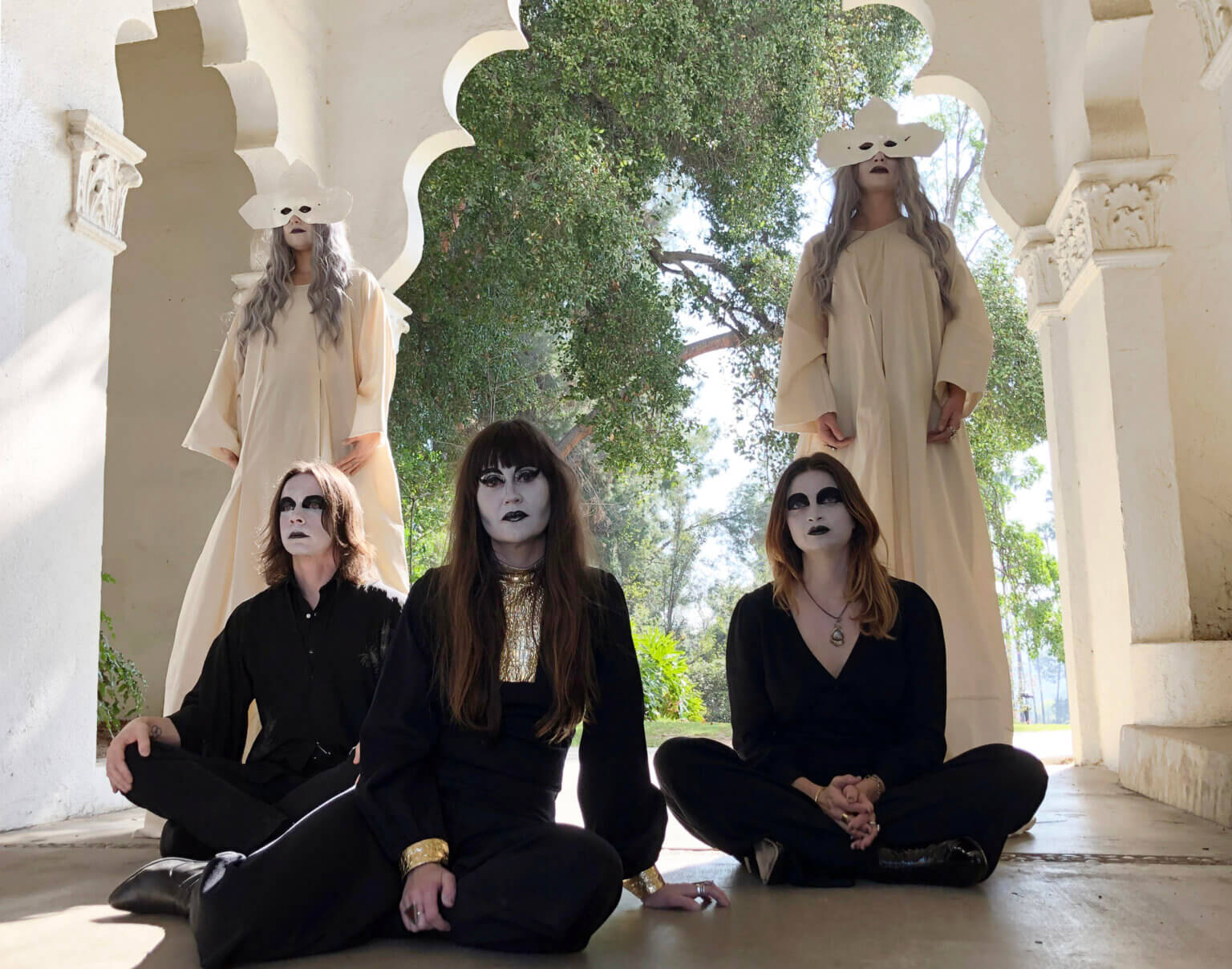 Secret Stare are comprised of Erin Emslie (Hunx and his Punx, The Time Fly’s) and Will Rockwell-Scott (Mooney Suzuki, Wolfmother) Emslie’s background as a visual artist, working in pattern making and costume design, definitely has an influence on the band’s haunting sound and stage pressence. “At a glance Secret Stare would be at home as the Black Lodge houseband, or crashing a Kubrick costume party.” If you dig Black Sabbath and Italian Horror soundtracks, you will definitely bond with the music of Secret Stare. Check out their new video/single “Streets of Fire,” of their debut self-titled release, available September 25, via streaming services.

“Streets of Fire” is a song about what happens when you follow and don’t think for yourself, sticking around as the world burns down around you. There is redemption in the ashes, a chance to start over. Traverse the weird new worlds and epic terrain of Secret Stare’s self titled album. At once channeling the glorious heavy metal riffage of yore – shifting gears between Sabbath and Maiden with a flick of the wrist in the overcrowded sonic traffic of the da – matched by the lush filmic synths from your favorite Italian horror score, along with the primitive percussive pulse of the next as-of-yet unnamed death cult-back from the dead, in a not so distant future