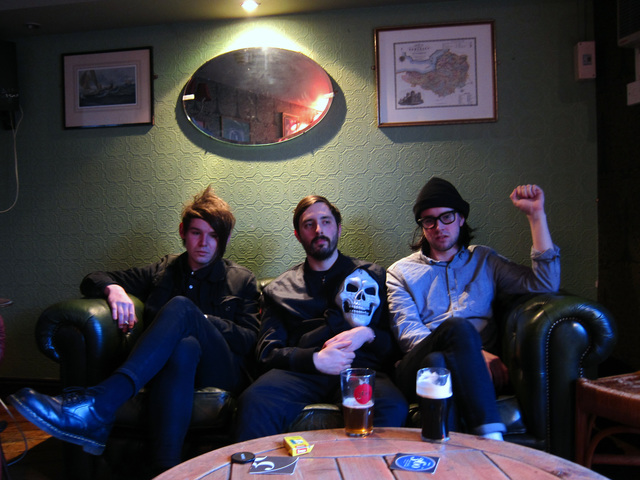 Sealings are a three-piece based in the dilapidated seaside resort of Brighton. Their debut LP I’m A Bastard follows numerous releases on UK independent lynchpins such as Italian Beach Babes, Tie Dye Tapes and Clan Destine Records. I’m A Bastard marks their first release proper on Brighton-based label Faux Discx, who have once again joined forces with the aforementioned Italian Beach Babes (as they did on Cold Pumas’ much celebrated 2012 release Persistent Malaise) to release the long-player. Listen to ‘White Devil’ below…

Sealings are a band whose live show has been described as both “based more on confrontation than anything else” and “willfully abrasive”. To attempt to capture this mindset of total sonic annihilation Sealings recorded at home and in windowless ex-toilets, before handing over to like-minded peers MJ (Hookworms, Suburban Home Studio) and Mikey Young (Total Control/Eddy Current Suppression Ring) who mixed, and mastered the record respectively to both temper and bolster the group’s caustic tendencies.

The LP opens with My Boyfriend’s Dead, a brooding drum machine-led seminar in despondency, which echoes The Jesus & Mary Chain, Rema Rema, Blessure Grave and other acts whose currency is misery offset by melody. “No Summer” is an agitated post-punk assault, mordant guitars weave around reverberating vocals. This is followed by ‘Unnerved’, an unsettling noir workout that steadily builds in anxiety to noise-drenched completion.

Elsewhere, ‘Malloy’ points to both the minimalist composition of Glenn Branca and the punishing assault of A Place To Bury Strangers. ‘The Ultras’ is a metallic and theatrical departure from the rest of the album, showcasing Sealings’ disparate influences which extend to both black-metal and rock & roll music, oblique blast-beats offset melodic rock structure. The album closer is an anomaly for Sealings in that it could be considered touching, that is, if it were not for the title; “I’m A Bastard”. Haunting blown-out synth by way of Warm Jets Eno or cold-wave pioneers Ruth. Inventive guitar dramatics and jittering drum machines make way for genuine emotion and the album closes on a sombre and melancholy note. 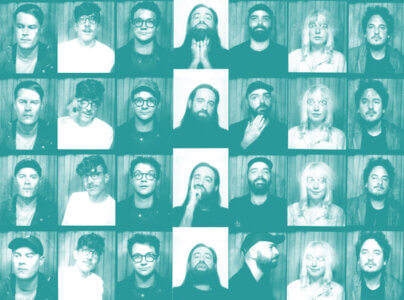 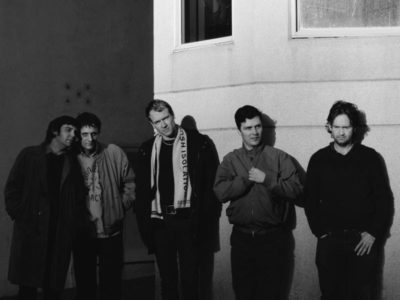