Directed by animator Marie Hjelmerud, the video showcases the spectral sounds of Ellen.W. Sundes, aka Sea Change, brought to life against a backdrop of angular shapes and colours, with the visuals reflecting Sea Change’s brooding electronics. 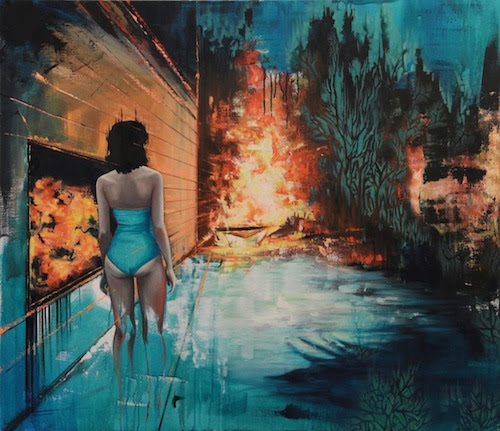 Born in the south of Norway in the late 80s with a natural fascination for noise, improvisation music, tiny acoustic instruments and synth pop Sea Change creates a loop-based sound, which contains beats, vocal harmonies, and 80s choruses with her own ability to make a mysterious ambience. Still there is a wide range within her music.

Sea Change chose to move from Oslo to Berlin, after studying music for several years, to gain an international touch to her otherwise Scandinavian sound and vibe. ‘Bridges’ will be available on limited edition 7” vinyl and digitally. Sea Change’s debut album is expected to drop later this year.

A full recording of her performance at By Larm festival available to download for free from her website here.