On the cusp of celebrating 10 years as a band, Screaming Females announces Rose Mountain, the New Jersey DIY-punk trio’s sixth LP due February 24 on Don Giovanni Records. The band self-produced their previous releases (with Steve Albini engineering their 2012 LP Ugly and the 2014 concert album Live at the Hideout) but overturned the long-standing, self-imposed rule this time by bringing in Matt Bayles (Mastodon, the Sword) as a producer.

Upon listening to the blazing guitar and ecstatic percussion on Rose Mountain, the word “restraint” may not initially come to mind. And while melody has always been a central part of the band’s music, the musicians have often layered them into massive thickets of interlocking sound on previous albums. However, on Rose Mountain the band was ready to try something more streamlined with Paternoster’s vocal melodies and lyrical themes being pushed into the forefront, while never skimping on the raw intensity they have become known for.

Formed in 2005, Screaming Females is singer/guitarist Marisa Paternoster, bassist Michael Abbate and drummer Jarrett Dougherty. The band has performed alongside Dinosaur Jr., The Julie Ruin, Titus Andronicus + more and just wrapped up a national tour with PUJOL. Stay tuned for more info and opportunities to experience the band’s ferocity live on stage. 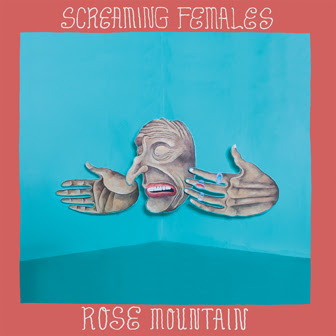