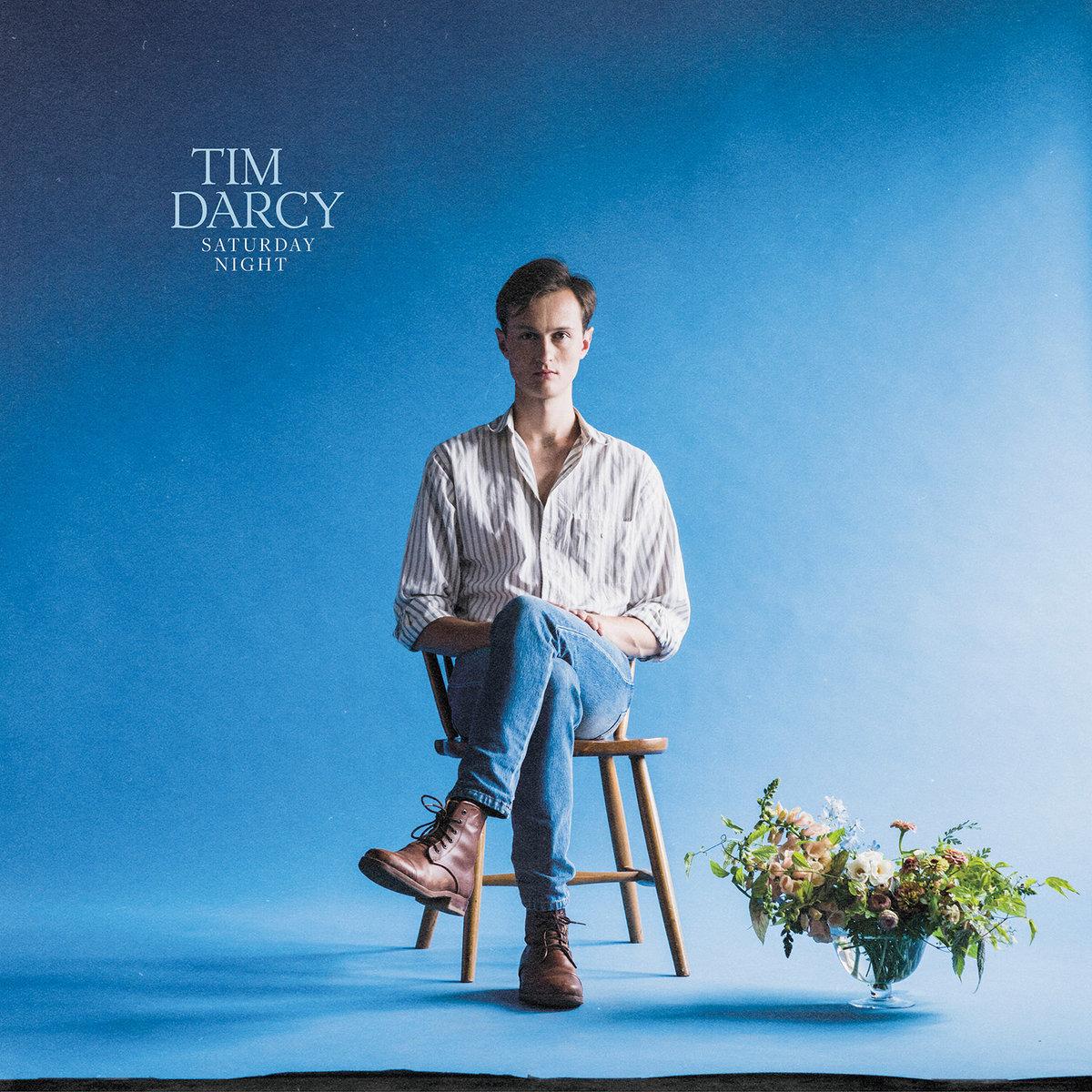 Though there’s no magic formula to Tim Darcy’s first solo full-length apart from his bandmates in Ought, the Montreal musician uses his alone time to work away from the wiry post-punk of the critically acclaimed group. It’s not the first time he’s stepped out on Ought, having delivered the experimental, sprechgesang and drone collection Too Significant to Ignore with Andrea-Jane Cornell last year. Saturday Night has Darcy pulling a 180 from that extracurricular outing, offering some of the poppiest songs he’s laid his vocals to yet.

While Darcy has waxed melodic over the two previous Ought LPs, his vocals often came crested above quirkily-intertwining guitar lines that bring to mind anything from Owls-style indie to the romantic, intelligista punk of Television. A New York groove is likewise affixed to Saturday Night’s rollicking “Tall Glass of Water,” though this time the ragged jangle-and-strum is delivered like a long lost Velvet Underground track; Darcy pushes his voice towards a Lou Reed-like wheeze. “If at the end of the river, there is more river, would you dare to swim again?” he asks philosophically in the half-time back-end of the piece. It’s a meta moment, one that seemingly tackles artistic ambition, and moving on from expectations. Unafraid and ready to get wet, he reveals: “I went under once, I’ll go under once again.”

Despite the heady questions of “Tall Glass of Water,” much Saturday Night’s first section specializes in straightforward rock arrangements. “Joan Pt 1,2” begins with some watery ambiance before becoming a rudimentary shuffle, a garage-modeled approach that is basically replicated, albeit with a bit more distortion, on follow-up track “You Felt Comfort.” Darcy uses a soft heart vibrato on tender sock hopper “Still Waking Up.” It’s a fairly inoffensive pack of tracks, interchangeable enough to slide onto a playlist with the Fresh and Onlys or Angel Olsen, but it’s rote.

Despite the first clutch of complementary cuts, there’s a kitchen sink feel to Saturday Night. This might have something to do with the fact that Darcy had been amassing a collection of solo cuts for years. The wide net he casts works to varying degrees of success.

While wildly unfocused, the title track is one of the record’s greater triumphs. It’s one-two drum beat is a deceptively simple device, in light of the song’s piercing violin screeches and six-string implosions. Darcy’s drifting vocals conjure modern day Scott Walker, a baritone mantra of “what I know” offering much less comfort and assurance than those three words should.

The barren, finger-picked “Found My Limit” likewise presents an eeriness that capsizes the good vibes of the first half of Saturday Night, but it’s a much more listless exercise. “Saint Germain” rebounds with a plush bed of reverb and cymbal hits, the bittersweet haze hanging above melancholy musings like “I can’t remember what it felt like to feel.” He gets even more poetic on piano ballad “What’d You Release?”, squinting his eyes to re-imagine streetlights as sunflowers, ahead of detailing some hurt. “There’s a pain beyond that glass that you only get rid of when you’re wet to the bone,” the crestfallen musician croons.”

While the end result is an uneven keel, the most important part of the experiment may be that Darcy’s unafraid to dip into various streams of creativity. As he sang on “Tall Glass of Water,” he’s going to “go under once again.” Whether or not the music rises to the top remains unclear.