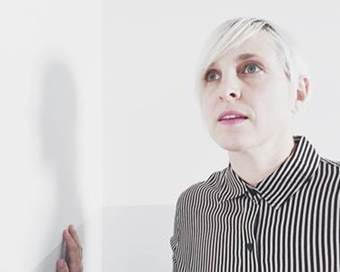 Hawaii born singer/songwriter Sara Lov has returned with her third studio album, Some Kind Of Champion, out now. Having released her last album in 2011, Lov states, “This album is very personal. So much time passed since my last album of originals, that, when it finally came out of me, it felt precise. Maybe the time I spent away from writing and recording solidified exactly what my voice is and how it would best be expressed”.

Lov teamed up with Zac Rae of Death Cab for Cutie who produced and mixed the record having worked with the likes of My Brightest Diamond and Fiona Apple. Recorded in Zac’s Los Angeles studio, ‘Some Kind Of Champion’, features collaborations with Hauschka, Dustin O’Halloran, Scott Leahy, Ed Maxwell, Zac Rae, Cedric Lemoyne & Jonathan Price.

There’s a mass of personal history and culture that’s reflected in Lov’s eclectic songwriting style throughout Some Kind of Champion. Raised by her mother in Los Angeles after the divorce of her parents, at the age of five Lov was kidnapped by her father and taken to Israel. Living as an international fugitive from justice for over a decade, she was rescued by an uncle who raised her upon her return to the United States.

Lov formed indie rock band Devics (Bella Union) in 1998 with celebrated pianist and Emmy nominee Dustin O’Halloran who has since gone on to have a diverse career in music having scored numerous films, toured around the world, and even worked with Wayne MacGregor, scoring a ballet with his band A Winged Victory For The Sullen.

Known for the sensitivity in her vocals and lyrics, themes of human frailty reminiscent of Tori Amos, are given centre stage in lead single and title track, “Some Kind Of Champion”. With smooth country tones and cinematic blues guitar, this track is a prime example of the diversity used in Lov’s writing process.

Composer Hauschka guests on ‘The Sharpest Knife’, which slows the album down to an eerier, seductive pace that follows a similarly melancholic path. This leads nicely on to the ethereal melodies of “Rain Up” and “Trains” where Lov’s soft folk tendencies intertwine with the various arrangements of O’Halloran.

“Sunmore” and “Sorrow into Stone” set a more upbeat tone where Lov’s emotive and tranquil voice bares resemblance to Karen O or Portishead’s Beth Gibbons whilst ‘Willow of The Morning’ spins a haunting lullaby. ‘The Dark’, one of the few tracks that Lov wrote without collaboration on ‘Some Kind Of Champion’, also brings it to an end with stripped back country acoustics and a soft melody.

Death Cab For Cutie ‘Records In My Life’ 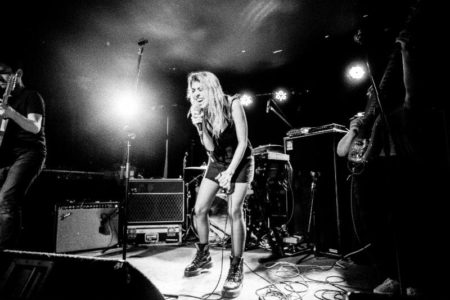