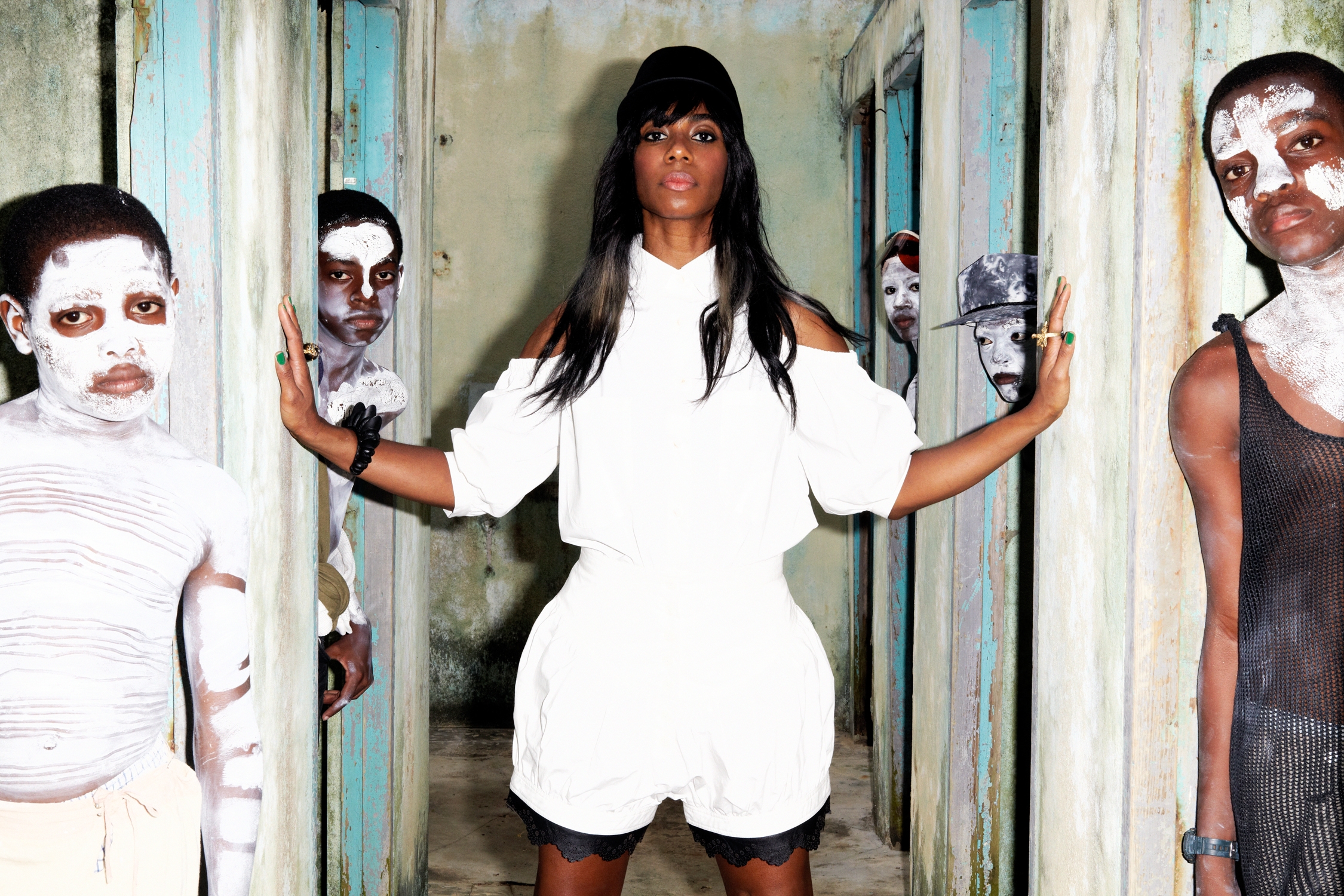 Santigold (pronounced Sahn-Tee-Gold; Santi like “Monty”, not Santy like “Panty”) has announced a North American spring tour in support of her forthcoming album 99¢, out on February 26th via Atlantic Records. known for her live performances, Santigold is taking it all to the next level in the brand new stage production.

Santigold recently shared the audio and video for “Chasing Shadows” from 99¢. Vampire Weekend’s Rostam Batmanglij produced the track which features backing vocals from the West Los Angeles Children’s Choir. The mesmerizing video directed by Elliott Lester, explores the conflicted reality of an artist’s life, touching on themes of ambition and isolation.

Following her last album, Master of My Make Believe, Santigold wanted to explore new corners of her sound and different ways to convey her vision and political commentary. She worked with new collaborators Patrik Berger, Rostam Batmanglij, Hit-Boy, HazeBanga, Justin Raisen, Zeds Dead, ILOVEMAKONNEN, and Sam Dew and longtime cohorts John Hill, Dave Sitek, and Doc McKinney. The result is the bright and big sound of 99¢ that takes the genre-defying fearlessness Santigold has become known for to new places.