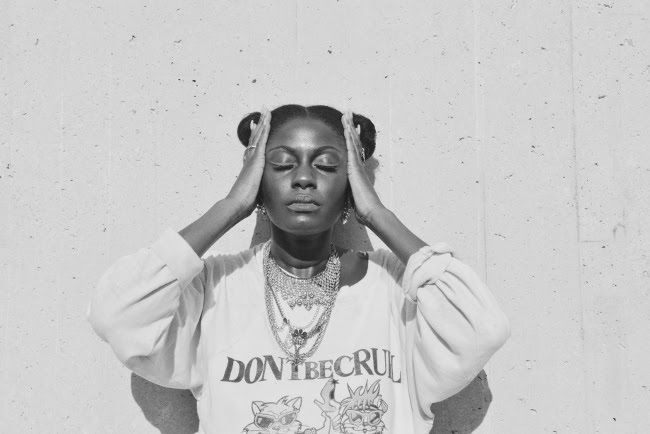 Sammus — aka Philadelphia-based rapper, producer, and PhD candidate Enongo Lumumba-Kasongo — is heading to the West Coast for a number of dates with Ceschi and Factor Chandelier. Then, in February, she’ll travel to the UK for shows with Mega Ran, including a concert, Q&A, and panel at the London Anime & Gaming Convention.

Sammus worked alongside Xenia Rubinos and Olga Bell to write a new song for C.L.A.W. (the Collaborative Legions of Artful Womxn), a radio program curated by Tuneyards’ Merrill Garbus. Sammus is also featured on Open Mike Eagle’s song, “Hymnal,” which premiered this week.

In 2016, Sammus released her Don Giovanni Records debut, Pieces in Space. Recorded at Ampliphonic Studios with Sosa – the audio engineer behind projects from Homeboy Sandman, Aesop Rock, and Kemba, among others – the album weaves raw confessions, pro-weirdo anthems, and clever musings on modern life into a unique story about black womanhood.