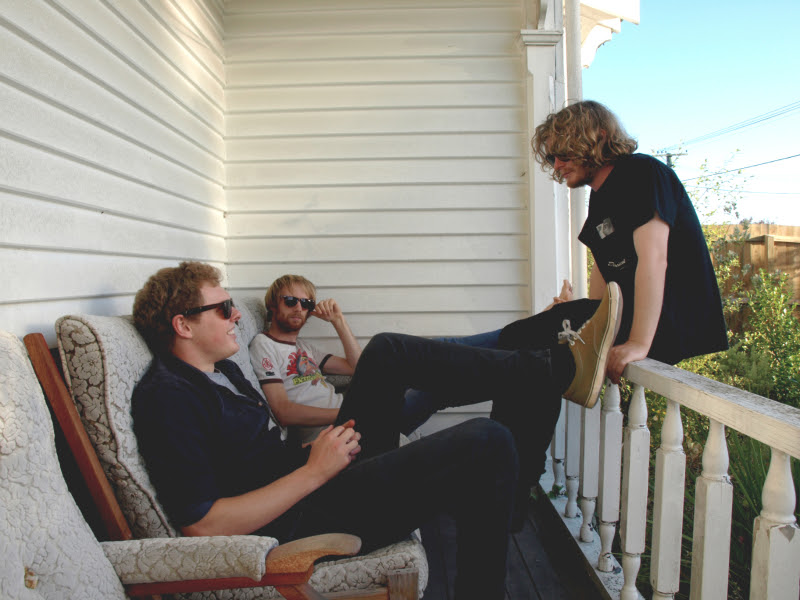 Salad Boys will be releasing their debut full-length, Metalmania, on September 18th via Chicago’s Trouble In Mind, and they’ve already shared the single, “Dream Date.” Today, they’re sharing a video for the song, which shows how inspiration can strike in unexpected ways. Singer/guitarist Joe Sampson had this to say about the making of the video:

“The only idea we had to begin with was that I was going to run as fast as I could up a hill to the point of collapse and that was going to the be the video. We ventured around Banks Peninsula in my car and stopped and filmed where it seemed appropriate, plus some filming of me driving. James and Ben were both out of town at the time so it obviously couldn’t be a band shoot thing, so we decided to go down the cut price DIY route instead, which I think we nailed real horrorshow. The only vaguely inspired part was trying to make some of the scenes look like a shitty New Zealand TV drama – the scenes with the Tomahawk in the forest and my face in the rear view mirror. Also, I was attempting to imitate Taylor Swift, namely in the ‘Shake It Off’ video. Not someone I identify with but who’s facial expressions I admire.”

The band will be embarking on their first ever US tour later this fall, as well, with a stop off at Goner Fest. Don’t miss out on seeing the Boys in action.