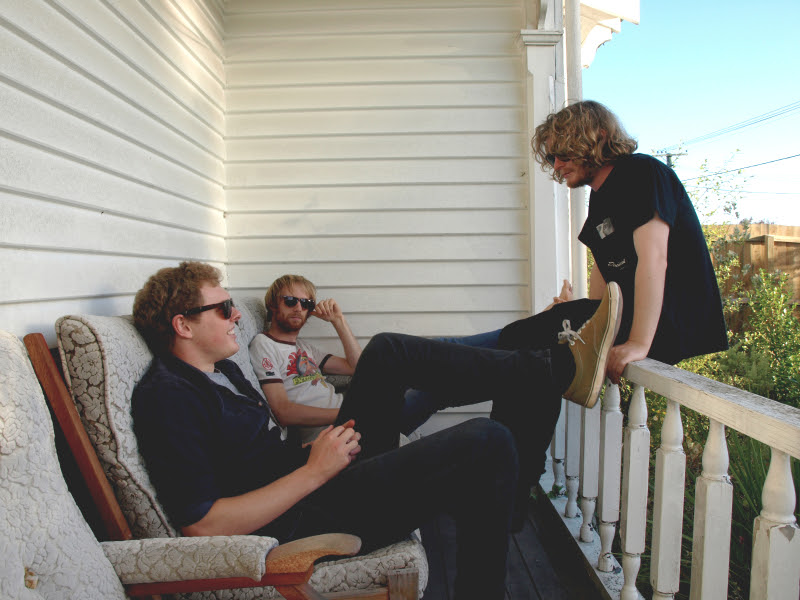 New Zealand trio Salad Boys formed as many do, with members Joe Sampson (12-string guitar/vocals), Ben Odering (bass) & Jim Nothing (drums) mucking around in their spare, fleshing out spare song ideas that Sampson had in his back pocket. The band’s name comes from a misheard line in the second verse of The Feelies song “Fa Cé La” – a joke name that they had assumed they’d change eventually, but never did.

The band hasn’t looked back since those days, playing shows at Camp a Low Hum and Chronophonium festivals, dates with Sebadoh, The Bats, & Parquet Courts as well as a performing as backing band for David Kilgour of legendary New Zealand group The Clean. The band prefers things on a smaller scale, however – finding joy & inspiration playing DIY spaces & house parties. That spirit combined with the band’s dizzying live intensity bring an underlying urgency to both the rocking & mellow tunes on Metalmania, which will see release on September 18th via Trouble In Mind. Today, they share the lead track off the record, “Dream Date”. catch them on their first every US tour later this Fall.