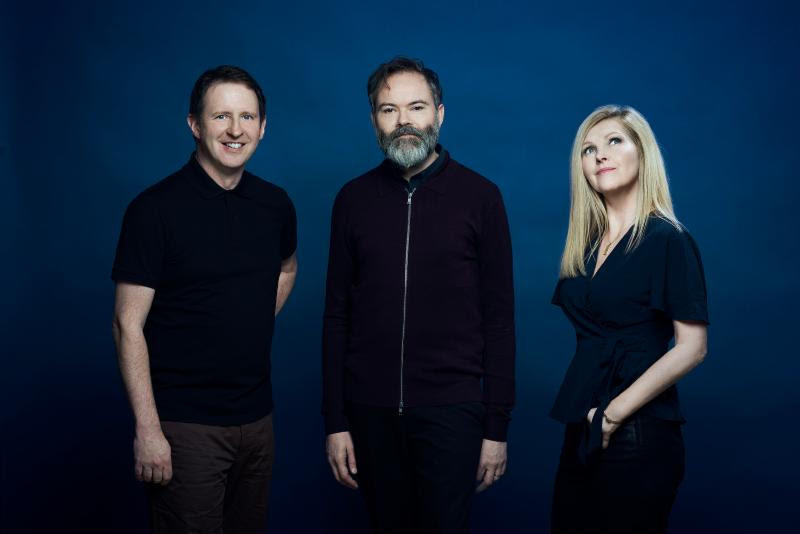 Saint Etienne have unveiled “Breakneck Hill,” an instrumental interlude from their forthcoming album, Home Counties, which is released on Heavenly Recordings on June 2nd.

Breakneck Hill is one of several ‘interludes’ on our new album that capture facets of our youth spent in the Home Counties. Being able to run up and down the hill without dying or seriously injuring yourself was a kind of rites of passage for the local school kids. It was located in an atmospheric clearing in the woods and for a short period of my life it had a powerful morbid allure. I suspect no one ever actually broke their neck there but can still vividly recall the impact that the local lore had on my six year old self.

The album was produced by Shawn Lee of Young Gun Silver Fox, with support from Augustus (Kero Kero Bonito), Carwyn Ellis (Colorama, Edwyn Collins), Robin Bennett (The Dreaming Spires), Richard X (Girls On Top / Black Melody) and long-time collaborator Gerard Johnson (Denim, Yes). It was recorded in central London. Sarah, Bob and Pete commuted to the studio every day for six weeks. The cover of the album was designed by artist Scott King.

Saint Etienne have also announced a number of festival and headline shows over the summer, including a performance at the Royal Festival Hall in London, and a U.S. tour in the autumn.