Local Toronto heroes, Toronto Dwayne Gretzky, have announced the release of their self-titled debut album on August 23rd . The band shared the video for their lead single, “S.O.S.”, which was animated and directed by Anne Douris.

“This project is about taking songs we love and recontextualizing them in some way for the sheer fun of it. We’re all big fans of ABBA, and “S.O.S.” is a particular favourite, so it was an interesting experiment to dress it up in different clothes and see it through a new lens. Lyrically the song has so much desperation and urgency, it seemed fitting to put in this sort of dark, piano-driven indie-rock world.”

Ahead of their album’s release, Dwayne Gretzky will be paying homage to the lost art form of flipping a 45rpm record by releasing a series of A-side/B-side digital singles. “S.O.S.” is their first A-side single and is complemented with a B-side of the track “Livin’ Thing (E.L.O. cover).” 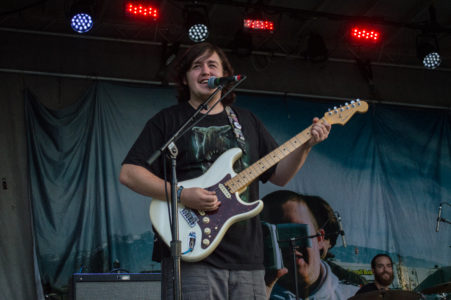