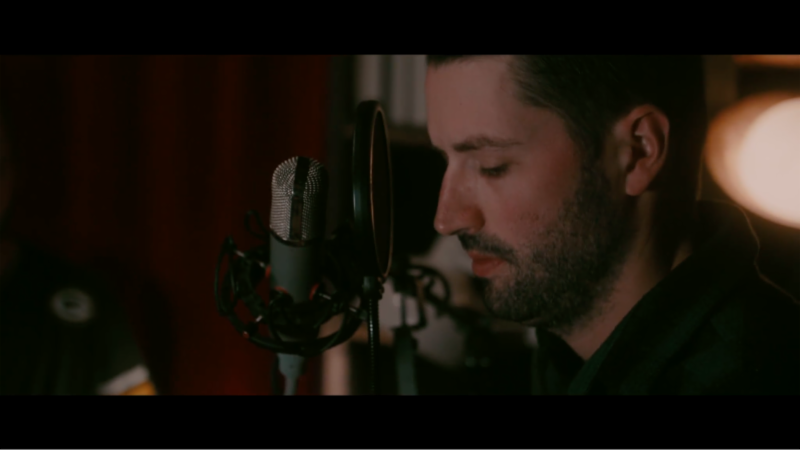 S.Carey
Share on TwitterShare on PinterestShare on PocketShare on RedditShare on FacebookShare on Email

S. Carey has released a live video of his new single “Fool’s Gold”, the clip was filmed in the round at The Hive in Eau Claire, WI by director Peter Eaton. S. Carey and his band, kick off their tour on March 15th in Eau Claire, WI. “Fool’s Gold” is from Carey’s forthcoming new album Hundred Acres, out February 23, 2018 via Jagjaguwar

“I work from time to time at The Hive, Brian Joseph’s quaint, but incredibly vibey studio on the outskirts of Eau Claire. I love being in there,” explains Carey. “I thought, why not capture the vibe of a live performance of ‘Fool’s Gold’ in a special place with local filmmakers. We went in, figured out the arrangement on the spot, and played the song a few times until we had it. We kept it simple, and let the song do the work.”

S. Carey and his band – Zach Hanson, Ben Lester, and Jeremy Boettcher – have also announced two Wisconsin shows ahead of their North American tour in support of Hundred Acres this March, including a hometown Eau Claire album release show on March 15th. The initial leg of the full tour begins in Madison, WI on March 20th and continues through April 7th in Minneapolis, MN, and includes a Brooklyn, NY show on March 28th at Rough Trade.

Carey employed a smaller, more focused scale of instrumentation on Hundred Acres, centered around guitar, synths, pedal steel, strings, drums and percussion, with his soothing vocals front and center — more distinct than ever. In effect, the album’s production echoes its underlying message: the beauty in simplicity. Relying on more traditional song structures instead of the Steve Reich-ian repetitions of his past work, a new balance is struck that creates something unique. The result is a collection of poetic yet clear-eyed songs that both stand brightly on their own and tightly weave together to create a powerful album.

Hundred Acres was produced by Carey, with engineering and co-production from Zach Hanson and Chris Messina. The album was predominantly recorded at April Base in Fall Creek, WI, and features backing vocals by Gordi on three songs, musical contributions from Casey Foubert (Sufjan Stevens) and signature string arrangements from Rob Moose (yMusic), as well as art direction and photography by longtime collaborator Cameron Wittig.

* co-headline with The Pines