Listeners have had a taste of Ryan Hemsworth’s new material with the September release of the track, Snow In Newark, featuring Dawn Golden(helmed by Dexter Tortoriello of Houses). Following it’s release two weeks ago, Hemsworth now delivers the visual treatment for the song. Hemsworth hass also shared details from his upcoming sophomore album, Alone For The First Time, which will be released on November 4th via Last Gang Records and Secret Songs; a new imprint that will be home to Hemsworth’s various collaborations and experiments.  Hemsworth will also be playing at Pop Explosion in his hometown of Halifax this October, before kicking off his Sucker For Punishment North American tour in November (details below).

Alone For The First Time is the follow up to Hemsworth’s  2013 debut album, Guilt Trips. The album also features Alex G, Lontalius, Kotomi & DOSS, the GTW and Little Cloud, and introduces a new chapter in Hemsworth’s career.

Shot and directed by Martin Pariseau, the video for Snow In Newark is a spellbindingly beautiful journey to Nepal, which was captured in August over the course of a week in the Himalayan nation. The video takes the viewer “a million miles away” as evoked by the song, to a peaceful and quiet world, offering respite and comfort to the musician’s fast-paced life.

“This is the second part to the video for ‘One For Me’ – my quest to get out of these clubs and find something different,” says Hemsworth. “It was shot over a week in Nepal and I tried to take everything in; overwhelmed in a different way than usual and a hiatus from necessary evils”

Having originally explored his musical voice as a singer and guitarist in his teen years.  Hemsworth soon started his love affair with drum loops and samples. A couple of R&B albums, a vast catalogue of underground rap collaborations, and a string of  mixes and remix work took him on the road to the four corners of the world – all becoming important ingredients to define and inform his ear. With his Last Words EP and debut album, these experiences began to crystalize and form a musical landscape that is at once all encompassing and completely singular. The Secret Songs project sprouted naturally this year as a new frontier into this frame of mind; a free outlet that is all about discovery and inclusion, a place to make connections between distinct sounds from unique artists that may otherwise never happen.

ALONE FOR THE FIRST TIME TRACKLISTING

October 10 I Unit I Tokyo

October 12 I Onzieme I Osaka 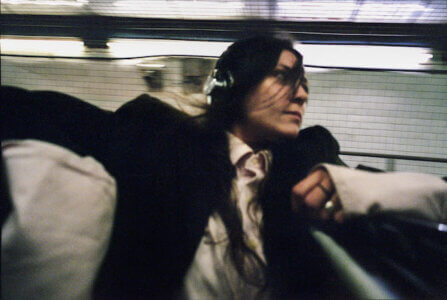