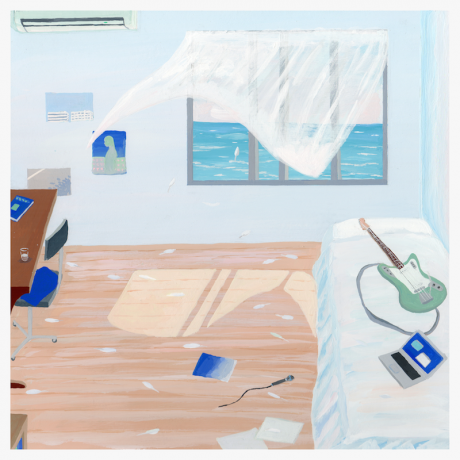 Toronto, ON – October 9, 2015 – Today, Ryan Hemsworth and Lucas release their collaborative EP, Taking Flight. The EP, which is being released via Ryan’s Secret Songs, is the first body of his own work that he has released on the label. Secret Songs has become an online home for celebrating friends’ art, and a place for highlighting under-heard voices in music. Free downloads, friends only, bi-weekly. It’s actually how Lucas and Ryan first worked together – Lucas released his song Keep U Warm as Secret Songs 008. The two took their creative partnership to the next level after bonding over their similar tastes in soundscapes and textures.

Along with the release of his EP, Ryan is also announcing the first run of Secret Songs merchandise, which will be available via the Secret Songs website and can be previewed below. The first drop includes a hat, tote, short sleeve t-shirt, and a pin. Ryan will be selling the merch at the very first Secret Songs CMJ showcase next week during the CMJ Music Marathon. The showcase will feature a special Ryan Hemsworth & Lucas set along with sets by Lontalius and dd elle and will take place at Palisades in Brooklyn on October 16th.

More about Lucas:
Lucas is an emerging artist currently residing in Seattle, Washington. Active since 2013, he has released via outlets such as Secret Songs, and Live for the Funk. Drawing inspiration from ambient music, scavenged sounds, and modern hip hop production, Lucas strives to achieve a unique, yet approachable sound in an increasingly competitive musical landscape. Sampling is key and nothing is off limits; he spends hours digging around websites and obscure Youtube videos, searching for an interesting vocal clip or percussive sample. Lucas then uses these sounds in his productions, combining them with his own library of drum samples and instruments. As a result, his music often sounds ethereal and textured, with a healthy backbone of 808 kicks and crisp snares.