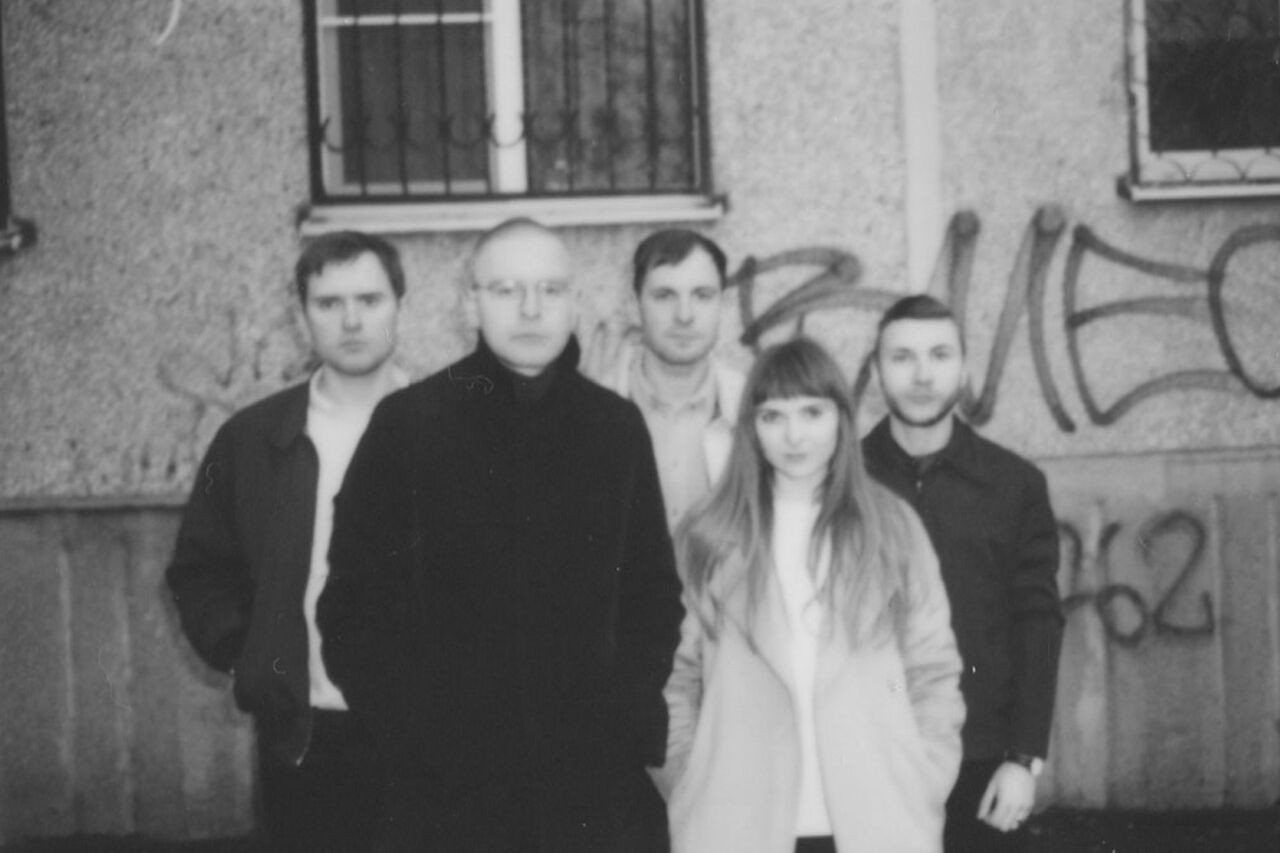 Motorama, a Russian five piece band, are releasing their new album Dialogues October 21st, via Talitres (Destroyer, The Walkmen). The album is described as melancholy and punctuated by lyricism along heady keyboards and a muffled but dancing bass. Calling them “cold wave” would be too easy since their being from the Russian port city of Rostov-on-Don truly gives them an icy backdrop that looks outward instead of inward. Today, you can get a taste of the forthcoming release, with their new single “Tell Me”, now available to stream.

Even if it may be so predictable to talk about a Russian band in the most Russian clichéd manner, it has still turned out to be relevant to point out what Motorama have been so typically performing since 2012 when their second album Calendar came out of those “cold wave Stakhanovists and tireless workaholics”. Motorama have been cranking out tours (throughout Russia in all its vastness, repeatedly in continental Europe, as well as in a South American way of exploring), posting videos and photo albums, delighting and racking up fans, and coming back with new records all over again. From far-off lands to faraway wild and abundant artistic grounds, Motorama have been sowing bounty first and foremost, far from the harvest of some over-the-top music serial production.

Since their first self-produced album Horse in 2008, Motorama have gone their own melodious seamless way. From their Russian port city of Rostov-on-Don, they have carved out their identity and a niche on the musical scene as travels, journeys, landscapes and encounters have helped them forge ahead with a global outlook.

“I always try to have it all recorded uncut, in one breath, and have it thus enhanced in its delicate rugged beauty. (…) As I have figured it out, demos sometimes and even often happen to sound better than the actual records to be released”, Vladislav Parshin – vocals and guitar – revealed to Magic magazine in February 2015. As expected, the fourth upcoming album Dialogues is no exception to that rule. As to the distinctive melodies, harmonies and lyrical texts, everything has just gone with the flow day after day in a do-it-yourself fashion that the band have been drawing on, up to the oldie but goodie Tascam Portastudio home recording mastered in a few short weeks.