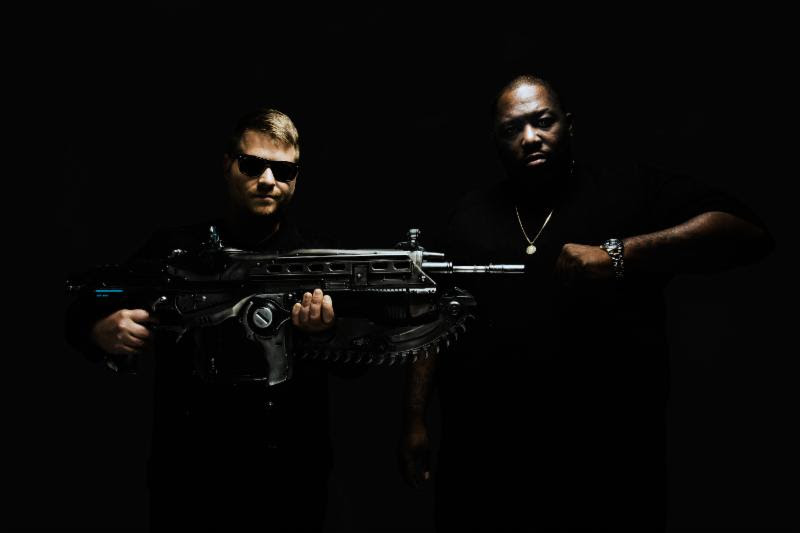 Run the Jewels have just offered up a preview of “Panther Like a Panther,” a new song from third studio album, Run the Jewels 3. The track is exclusively featured in the Horde 3.0 debut trailer in support of the upcoming Gears of War 4, which launches on Xbox One and Windows 10 platforms Oct. 11. The game’s trailer makes its debut on the group’s website, you can also watch below.

“Run the Jewels was on heavy rotation when we started laying the groundwork for the next era of Gears back in 2014, and has been there ever since.” said Rod Fergusson, Studio Head at The Coalition. “The fact that two career artists came together as a group to create something so special – a rarity in modern hip-hop – are things that Gears fans will immediately recognize and appreciate. We’re proud to have Run the Jewels as a part of the Gears of War family.”

Later this year, Killer Mike and El-P will forever become part of the Gears family by appearing as multiplayer characters in the game. The duo will bring their brutal intensity and ‘can’t nobody save us but us’ attitude to “Gears of War 4” multiplayer.

Fans in the Seattle area can meet Killer Mike and El-P from Run the Jewels and Gears of War co-creator Rod Fergusson and score some exclusive collaboration giveaways at BAIT at 915 E Pike St, Seattle, WA from 2-3pm on Saturday, September 3rd, or catch Run the Jewels in concert during their mainstage performance at the Bumbershoot Music and Arts festival at 7:20pm in downtown Seattle.