Run The Jewels debut “Let’s Go (The Royal We)” 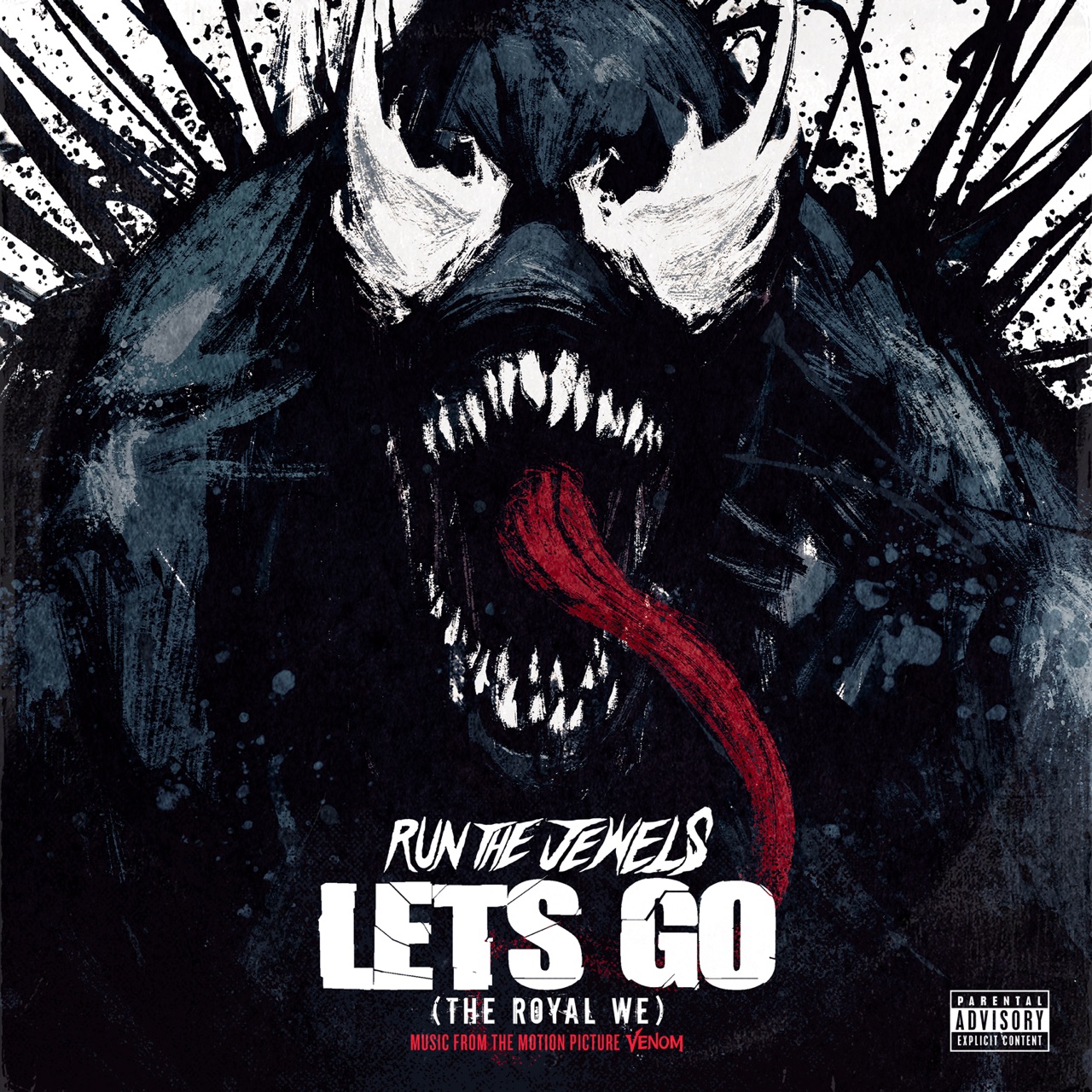 Run The Jewels have just released “Let’s Go (The Royal We),” The track which made its debut in Marvel’s latest blockbuster, Venom, appearing in a special bonus scene during post movie credits. Their second standalone new song since their 2017, RTJ3, “Let’s Go (The Royal We)” follows Run The Jewels’ “Legend Has It” in Black Panther’s marketing campaign, the Grammy-nominated song “Chase Me” on the Baby Driver soundtrack, El-P’s scoring work for the forthcoming Al Capone biopic Fonzo, and more.

The song arrives on the heels of RTJ’s back-to-back festival closing headline sets at Riot Fest in Chicago, and the Adult Swim Festival in Los Angeles this past weekend, where the group also marked the release of their latest craft beer, the Down Double IPA. Brewed in collaboration with top craft breweries Mumford Brewery in LA and BRLO in Berlin (who created a CBD-infused version of the beer), it joins the ever expanding line of the duo’s hops, which also includes the Panther Like a Panther stout, Legend Has It Pilsner, and Stay GoldIPA,which was voted one of America’s Top 25 Best Beers of 2017, and the #1 IPA by Draft Magazine.