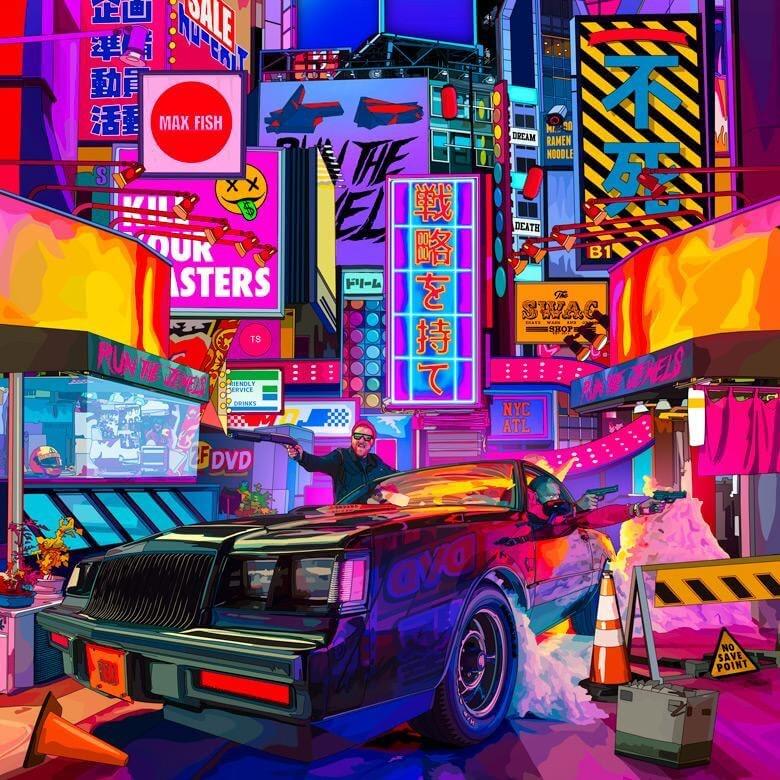 Run The Jewels, the duo of El-P and Killer Mike, Run The Jewels, the duo of Killer Mike and El-P, have just released their first new single since their milestone album RTJ4 earlier this year. “No Save Point” is the group’s contribution to Cyberpunk 2077, one of the era’s most anticipated video game releases, as natural a fit for RTJ’s prismatic production aesthetic as one could imagine. The new single finds the duo in fierce spirit, trading verses that effortlessly bound between quick witted quips and pointed social commentary in their trademark style. A Mike Diva-directed video for the song will make its premiere tomorrow night at 11:25pm EST as part of the Adult Swim Festival – tune in here.