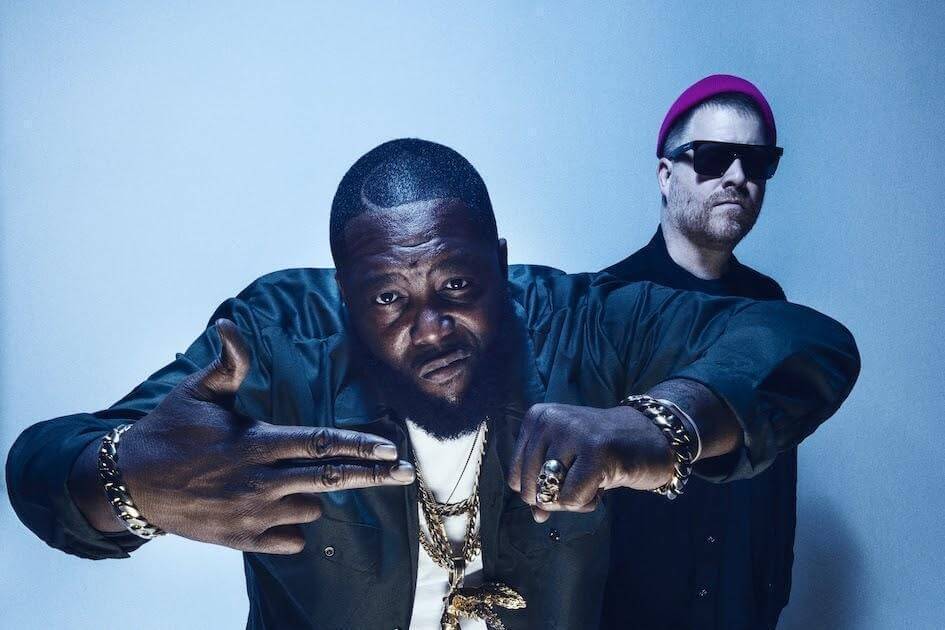 Run The Jewels have teamed up with Royal Blood for a speaker-shredding new version of “the ground below” is now available to stream. The original version of ‘the ground below’ can be found on Run The Jewels’ current release RTJ4. The overhauled sequel is a transatlantic collaboration between the US hip-hop pairing and English rock duo Royal Blood.

“We’re big fans of each other’s bands”, explains El-P of Run The Jewels. “A while back, we hung out and played each other songs we love – one of mine was Gang Of Four’s ‘Ether’, which I later sampled for ‘the ground below’ – we sent it off to them and they f*cking killed it.” Adds Royal Blood, “Royal Jewels is the ultimate dream come true scenario. It’s an alliance we wish long continues.”

The Royal Jewels remix crowns an unforgettable year for Run The Jewels. Whilst their extensive tour with Rage Against The Machine was shelved, the pair have kept busy with several endeavours, including: rolling out their own cannabis strain; an ambitious beer collaboration with thirteen craft breweries across the world; a fresh song and video for the year’s most anticipated video game, Cyberpunk 2077; a blistering televised live performance featuring Pharrell Williams, Mavis Staples, 2 Chainz, Zack de la Rocha, Gangsta Boo and others; and an ongoing Art The Jewels exhibition in Mexico featuring RTJ-inspired work by local artists. Additionally, Killer Mike’s inspiring speech in May went viral and the rapper was later awarded Billboard’s first-ever Change Maker Award.