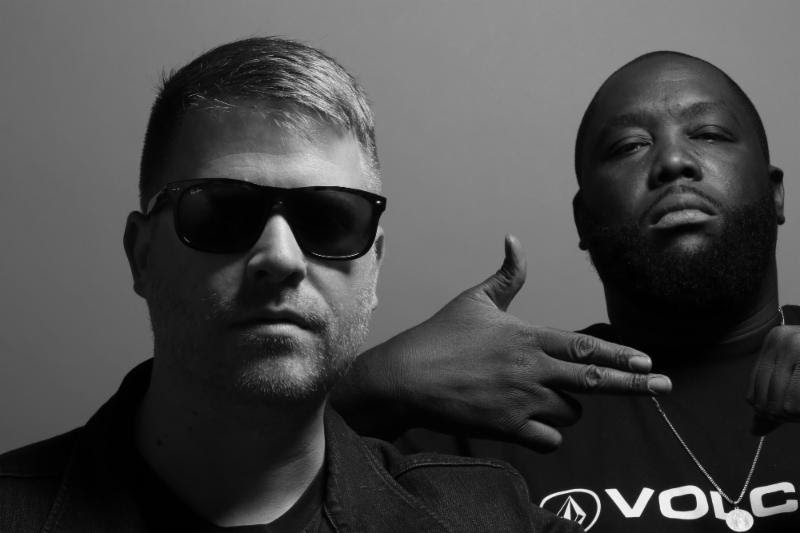 Following the surprise digital release of Run The Jewels 3 on Christmas Day, Run The Jewels, the rap duo of El-P and Killer Mike, have announced that the second season of their acclaimed radio show WRTJ kicks off Friday, January 6 at 5pm EST (with encore broadcast Saturday at 11pm PST) on Beats 1, Apple Music’s global radio station. On this week’s inaugural episode for the season, the guys will be playing and talking about songs from RTJ3 and talking their usual, hilarious smack to each other; with more episodes to follow weekly on the same days and times. The show can be found here.

Due to overwhelming demand, the duo have also added a third New York City show at Terminal 5 on February 27 and have moved their February 8 Vancouver show to the larger PNE Forum. Tickets for Terminal 5 go on sale Friday, January 6 at 12pm ET and tickets for the PNE Forum will be available at 10am PST on January 4. Additionally, Nick Hook and Gangsta Boo will join previously announced special guests Gaslamp Killer and Cuz as support for the North American leg of the Run The World Tour, replacing Spark Master Tape who has had to drop off the tour.

The digital release of Run The Jewels 3, issued three weeks early on Christmas Day as a special surprise gift for their supporters, was widely received. You can read our review of the record here. Physical editions are still set for release on January 13 in North America and on January 20 internationally. The group issued this statement in conjunction with the early digital release:

“fuck it. we couldn’t help ourselves. it just feels right. after a crazy fucking year and with a full tour about to set off we asked ourselves what we were waiting for… and we just couldn’t come up with a great answer. you’ve been with us since we started this thing and its made such a huge difference in our lives to have your energy and love. thank you. so as a gift to all of you who have allowed us to continue to do what we love: RTJ3. we busted our asses on this one and we think we made something special this round. grab it for free, buy it on any of the digital platforms you like or stream it. physical copies will still be dropping in January as announced but until then: enjoy and we will see you on the road!”

The surprise early release came paired with the premiere of the duo’s upcoming appearance on IFC’s comedy show Portlandia. In the skit El-P and Killer Mike meet with Carrie Brownstein and Fred Armisen to hilariously, and perhaps prophetically, discuss potential surprise album release strategies for Run The Jewels 3. Check it out here and watch its debut on IFC at 10pm on January 5th.

The new album expands on the relentless back & forth lyricism, undeniable chemistry, humour & bombast that Killer Mike & El-P are known & loved for. The album was produced entirely by El-P, with co-production by Little Shalimar & Wilder Zoby. The duo are once again joined by talented guests, including Danny Brown, Zack de la Rocha, Tunde Adebimpe (of TV On The Radio), Trina, saxophonist Kamasi Washington and more. Their Run the World tour sets off on January 11th with a massive North American campaign, and worldwide dates to follow shortly after.