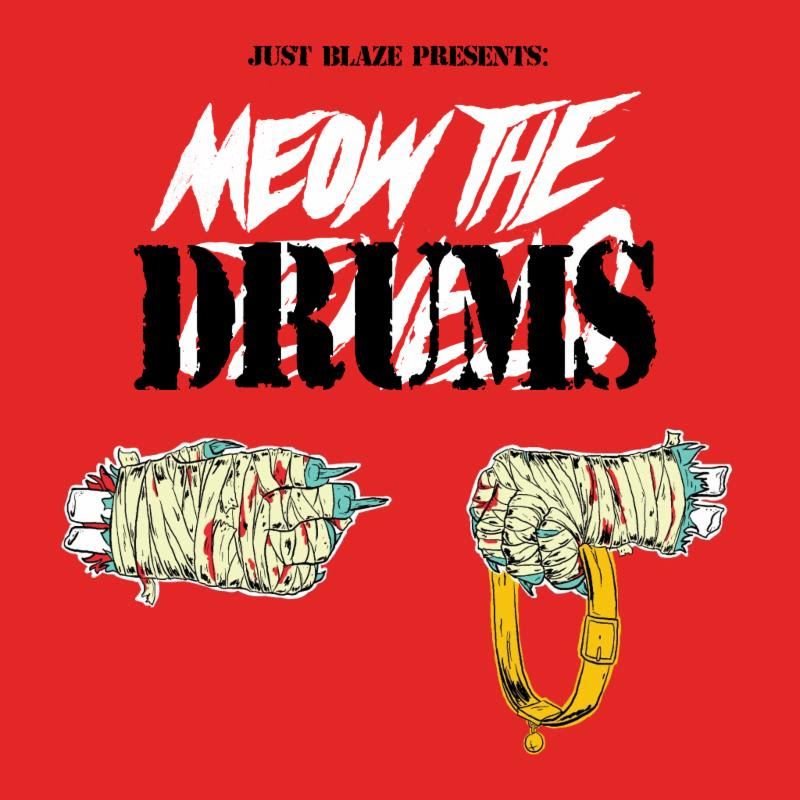 Run The Jewels recently shared their eyebrow-raising feline-centric remix album Meow The Jewels. Originally posted as a pre-order offering for their seismic sophomore album Run the Jewels 2, the group jokingly promised to remix the album using only cat sounds in exchange for $40,000. Via a highly publicized fan-driven Kickstarter campaign, El-P and Killer Mike rose to the occasion, assembling an enviable stable of marquee producers (including El-P, Just Blaze, Prince Paul, Geoff Barrow of Portishead, Massive Attack, The Alchemist, Zola Jesus, Nick Hook and more) to help deliver the goods.

Among the initial promises of the campaign, iconic hip hop producer Just Blaze (Jay Z, Kanye West, The Game) offered a free download of the drum samples that made up his arsenal in the early 2000’s, which he has delivered today. He issued the following statement: “Thanks to all who contributed to making Meow The Jewels a success. For the uninitiated, I promised to contribute a remix to the project if it was funded, and as an added bonus a good amount of the signature drums I used on many records in the early half of the 2000’s. Please note these are the raw, relatively unprocessed files straight out of my MPC (hence the delay in tracking them down and getting them to you guys). That said, in most cases, you’re not going to instantly press a pad and be like ‘OMG, IT’S THE SUCH AND SUCH SNARE!’ (though that will happen in a few cases). I used a lot of layering, compression, and EQ / Mix techniques to get these things to sound like the drums many of you knew and loved. Enjoy this starting point, and happy drumming! P.S. This is just the beginning. Stay tuned to Splice.com for much more!!”

Well known for their social and political consciousness, Run the Jewels donated the earnings from the Meow The Jewels Kickstarter campaign directly to the families of Michael Brown Jr. and Eric Garner, two men who lost their lives to police violence last year in highly publicized tragedies. All additional profit from the album is being donated by the Run the Jewels and partner label Mass Appeal Records to the National Lawyers Guild’s Mass Defense Committee. The album is available as a free download via www.runthejewels.net, as well as a limited edition, specially packaged tawny brown vinyl version, this time with the iconic Run the Jewels album cover hands represented in actual faux fur.