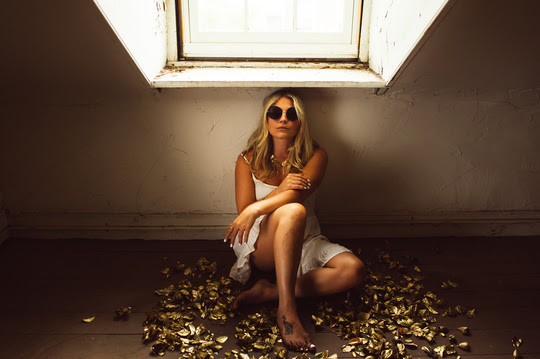 This summer, everything came up Rozes. The 22-year-old may be new on the scene, but she’s an artist in full bloom, and she’s making a big splash with her new brand of alternative pop. Today, Rozes premieres “Fragile,” the latest single off of her upcoming EP entitled Burn Wild. The EP is set for early 2016 release.

After releasing the first single from her forthcoming debut EP “R U Mine,” to rave reviews, Neon Gold premiered her follow up track, “In & Out.” Neon Gold raved of “In & Out,” “Falling to earth somewhere amidst the holy trinity of Banks, Lana and Halsey, Rozes lays her heart out bare over hazy blossoming synth and blissed-out atmospherics.” Neon Gold also invited Rozes to perform at their legendary Pop Shop at Brooklyn’s Baby’s All Right last month.

If anything, “In and Out” like “R U Mine,” proves what’s already been said about Rozes. “She writes what’s real, what’s true, what’s almost killed her and what’s keeping her alive.” As said on her website bio.

Rozes has blossomed beautifully since we first made her acquaintance last year. In September 2014, the Philadelphia native released her debut single, “Everything”.

Others quickly began to take notice and hugely successful duo The Chainsmokers handpicked her to co-write and sing on their current Top 40 track “Roses.” The decision resulted in a truly infectious sound highlighted by flawless harmonies. Most recently, Rozes performed with The Chainsmokers at this year’s Billboard Hot 100 Music festival at Jones Beach. This past week, she performed with the duo in her hometown of Philly to a sold out crowd.