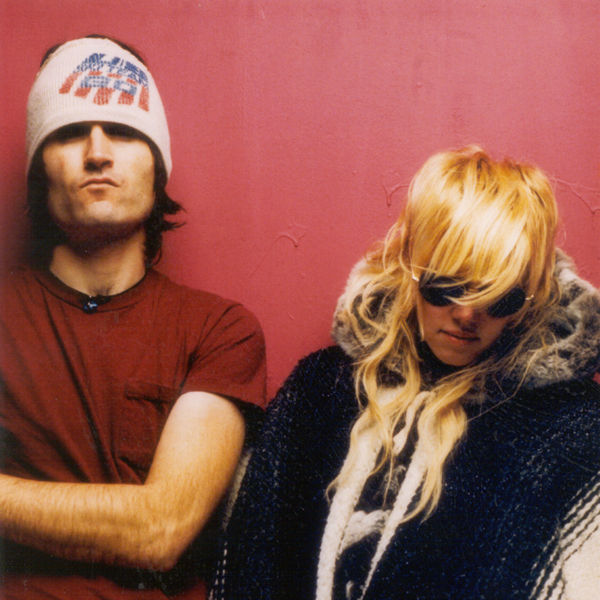 According to the press, in 1998, Royal Trux were back in action. The Virgin years, regarded as a wilderness period by some, were brought to a definitive close with the release of Accelerator back on Drag City and Domino in April of the year. Unbeknownst to their former handlers at the major label, the combination of wack-ass knob twisting and crowd-pleasing singalongs reflected some absurdly inverted sense of What People Wanted, and reaction to Accelerator was loud and fevered. A European tour was required ASAP, and a band was quickly assembled. Several slots were filled with Drag City players: Aerial-M’s David Pajo (also late of Slint, Tortoise and Stereolab) on bass, and Drag City utility man Rian Murphy (who had previously contributed to Royal Trux, Smog, Palace Songs, Chestnut Station and Mantis) drafted in to sing and play tambourine. The x-factor was drummer Jon Theodore. Recruited from the Oberlin, OH group Golden, he brought incredible chops into play, but his bright sound and personality would be dealt with in typically Darwinian Trux fashion.

In advance of the tour, several domestic shows were scheduled, and the players arrived at Royal Trux’s rural Virginia ranch ready to rehearse, only to be told that a recording session was the first order of business. Given the powerful response to Accelerator, an EP would be needed soon – and with a long European tour impending, what better time than the present? In short order, the three songs were recorded, along with a fourth, a cover of Dire Straits’ “Money For Nothing” which was set aside to be used as a b-side for a planned UK single release. The songs were a funky bunch – “Deafer Than Blind” was a sweet ‘n’ sour ballad built off a drum loop, “Run, Shaker Life” was a Richie Havens cover with spiritual overtones and “The United States of America vs. One 1974 Cadillac El Dorodo,” was a proggy group jam that featured an extensive libretto and comprised the longest Royal Trux song yet (until the next album, of course). The static-crisp high end of Accelerator were abandoned in favor of a smeared, bottom-heavy sound showcasing the thunder in the stomping rhythm section and a darker tone in Hagerty’s bent-neck histrionics. This was something that one might almost regard as straight-up rock in Royal Trux terms, and Neil and Jennifer harmonized in their own unique way throughout the record.

“Run, Shaker Life” became a favorite live opener, with Royal Trux using it to loosen up and stretch out throughout the tour – which killed, by the way. Afterward, Pajo and Theodore stayed on with Royal Trux for another tour or so, then Pajo continued his serpentine path with Papa M and PAJO, as well as stints in Zwan, Dead Child, The Yeah Yeah Yeahs, and Interpol. Jon Thedore joined up with the Mars Volta dudes and, according to him, “made some decent records” between 2001 and 2006. He is currently drumming with Zach de la Rocha in One Day As a Lion. Since 2008, they have released an EP. And Murphy didn’t quit his day job, thank god. Meanwhile, Royal Trux motored ahead with increasing speed, spending their last couple years making two more INSANE rock records and another totally OUT EP, in addition to playing lots of dates as well. More on that when we do the Veterans of Disorder reissue!