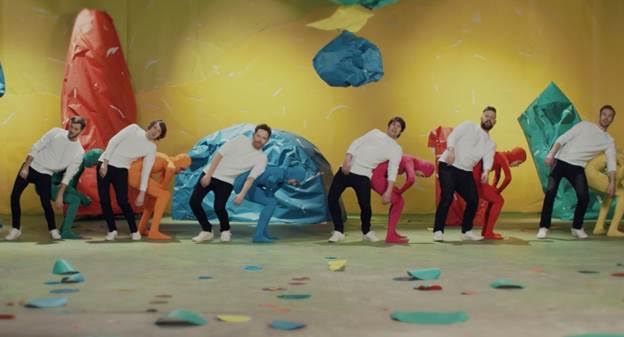 Royal Canoe have released a new video for their single “Somersault”, is off their new album Something Got Lost Between Here and the Orbit, out September 16 via Nevado Music. The clip, was directed by Nathan Boey and choreographed by Kaja Irwin.

Royal Canoe’s Matt Peters talks about the video with NPR. “When you’re creating something, the end result is pretty much all anyone else sees or hears. But running invisibly underneath the finished product are all of the hours you spent in your bedroom struggling to find the right melody, or the planning that went into executing an idea correctly.” Peters also remarked: “This behind-the-scenes work and even the abandoned ideas that never go anywhere have their own value, especially to the artist, and they often bring as much to the story as the polished result.”

After two years of writing and recording between tours, Something Got Lost Between Here and the Orbit surfaced with a unique and intensified voice. It was co-produced and mixed by Ben Allen (Gnarls Barkley, Animal Collective, Deerhunter), who concentrated their sound-crafting attention on two fundamental elements: drums and vocals. Royal Canoe has always had an intensively rhythmic heart and that is more the case than ever. Their lyrics grow organically out of an addictive percussive flow and the unique topography of each track. Reinforcing their vocal and percussive core allowed them to be more adventurous with experimentation; more determined in their ongoing pursuit of the elusive musicality that can be found in collisions between digital and analogue worlds. In addition to their their usual buffet of synthesizers, effects pedals and homemade samples, late nights lead to to rabbit-holes of attaching contact mics to water bottles to play them like percussion instruments and convoluting synths through beluga whale field recordings.

Royal Canoe is currently finishing up a North American tour with Plants And Animals and performances in support of Something Got Lost Between Here and the Orbit will be announced soon. All dates are listed below.

SOMETHING GOT LOST BETWEEN HERE AND THE ORBIT TRACKLIST 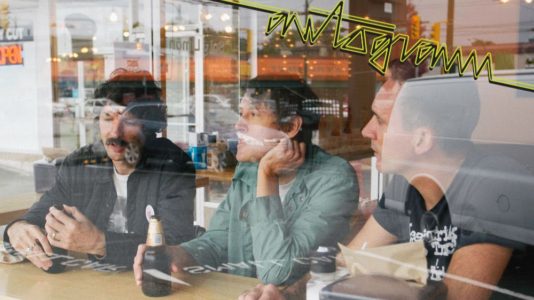