“Rot In Hell” by So Pitted 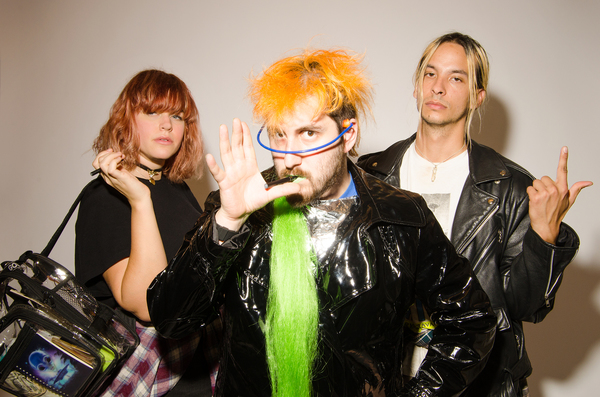 So Pitted have signed to Sub Pop. The punk trio will release their label debut neo, their label debut, February 19th. Neo features the tracks “rot in hell”, and “feed me”. neo was co-produced & mixed by So Pitted & Dylan Wall and recorded at The Old Fire House, Media Lab, Spruce Haus, the band’s practice space and Tastefully Loud in Seattle. neo was also engineered by Wall at Tastefully Loud and mastered by Eric Boulanger at The Bakery in Los Angeles.

The band is hitting the road for an extensive tour in support of neo, beginning on November 14th in Oakland at LoBot Gallery and ending November 19th in San Francisco at the Hemlock Tavern. The band will then resume touring in early January, with a series of support and headlining dates, which span January 8th in Brooklyn at Palisades through January 12th in Philadelphia at First Unitarian Church. Highlights along the way include November 18th in Los Angeles at the Echo opening for No Age and a few dates with label mates METZ and Startime International recording artists Bully (January 9; 11-12). Please find a tracklist and a current list of dates below.

So Pitted bonded over a shared love of Rage Against the Machine, Smashing Pumpkins, Nine Inch Nails, The Mars Volta, and only after eons of hanging out did it occur to them to play music together. Rodriguez is a self-taught quick study who learned music theory on Wikipedia; Downey is a new wave fanatic who sticks pipe cleaners in his brain to speak to extraterrestrials; Koewler is a longtime ballet dancer whose love of aesthetes and bands like Cocteau Twins is a strong influence on her bandmates. Together, the trio just fits, a perfect balance for one another’s quirks, strengths, and shortcomings.

Roles and positions have never been important to So Pitted; Rodriguez and Downey often switch instruments and both sing, while Koewler plays her guitar through a bass amp. “It’s everyone’s band,” says Rodriguez, “and we have the same role of support and voice for each other.”

Identity, freedom, location…yeah, yeah, yeah, but what the hell do they sound like? “One of my friends says we’re ‘louder than Nirvana,’” says Downey. “And we are subjected to grunge by default but it’s not that bad. Mudhoney is cool but Tad is rad. I see us as another spinoff of new wave music. I love Devo. I don’t think any of us are into one style, we all have our conventions, we’re all really snobby artists but at the same time we’re normal people who listen to Backstreet Boys because it’s what we heard growing up. We just want to be genuine and admit what we like and don’t like. The band is the people, and we’re always changing so much.” In other words, their zeal makes it almost impossible to pin them down.