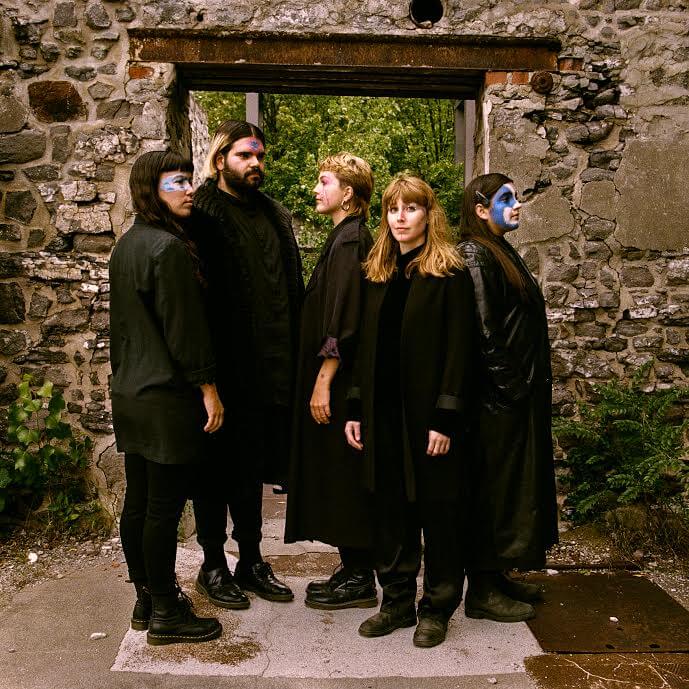 Rosier, the Montreal bilingual band was born from a place of living heritage which created a unique bond unlike any other; the quintet evolved together musically and individually, immersed in generations of story and song yet influenced by the world around them. Rosier releases their new full-length Légérment in January 2021. The band has performed in major cities and small towns in Canada, USA, Europe, UK, Australia, New-Zealand and Africa, amassing impressive international experience.

Today Rosier has released a new video for “Pontoise.” The track draws us back into their changing universe: setting aside its usual melancholy, they offer instead an amalgam of harmonies and rhythms imbued with unexpected lightness and freshness. For instance: drawing a portrait of humans with tragic destinies, Pontoise takes us on a journey with its warm voices and dancing instrumental flights. It is a touching representation of deeply veiled chaos. This track is the second single from the album Légèrement which will be released in early 2021.

In the complex contemplation of the relationship between the body and the great outdoors, the protagonist tells us a story of temptations and desires with serious consequences. From a scenario where everything seems to be in order, despite a feeling of anxiety in the face of the abnormality that reigns, we slowly fall into chaos, with events eventually confirming the initial feeling of anguish.